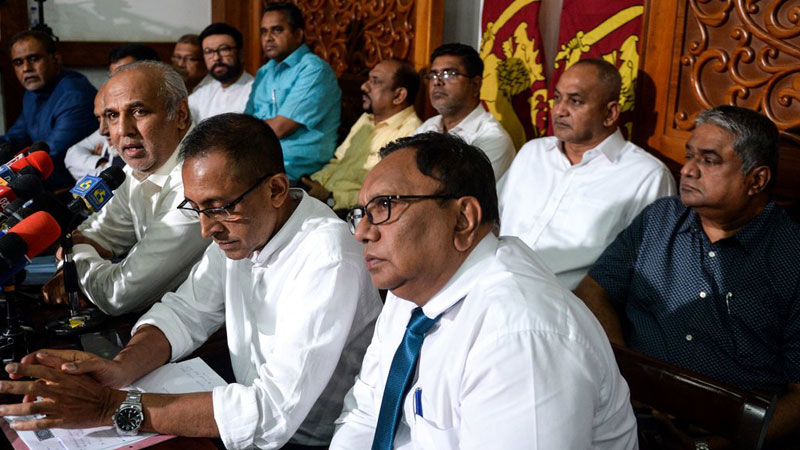 At least 359 people died in Sunday's coordinated suicide blasts, including more than 100 Christians attending mass at St Sebastian's church in Negombo on the island's west coast.

The attacks have been condemned by leaders of the country's Muslim minority, but the community has been left in fear of a backlash.

Scores of Ahmadi Muslims who settled in Negombo after fleeing persecution in their home countries have been thrown out of their accommodation by landlords, according to officials.

"Today these refugees have become refugees again in Sri Lanka. They have been displaced for a second time," Ruki Fernando of Inform, a Sri Lankan human rights group, told reporters.

The refugees are from Pakistan, Afghanistan, Yemen and Iran. Ahmadis have faced repeated attacks in these countries by hardline Islamist groups who do not consider them to be Muslim.

Fernando said homeowners had evicted the refugees because they feared their properties would be targeted by groups seeking revenge for the bomb blasts which were carried out by extremist Islamists.

Many others have fled of their own accord, fearing for their safety.

"Some unknown people broke into their houses in Negombo and beat them," Fernando told reporters.

He said numbers had yet to be verified but around 700 refugees were believed to have sought shelter in one Negombo mosque.

Around 120 were at a police station while several hundred more were at another mosque in Gampaha, 25 kilometres from Negombo.

He said that dozens got on buses to leave Negombo on Wednesday but turned back after they were advised against heading to the capital Colombo over security fears.

"People are scared. They are in a vulnerable position and don't have basic facilities," said Herman Kumar from Unity of Negombo Citizens, a group trying to foster communal harmony in the city.

The comments came at a press conference in Colombo where community leaders from Sri Lanka's different religions urged unity and calm as tensions simmer on the island.

"We appeal to all communities to come together and protect each and every person," Kumar said.