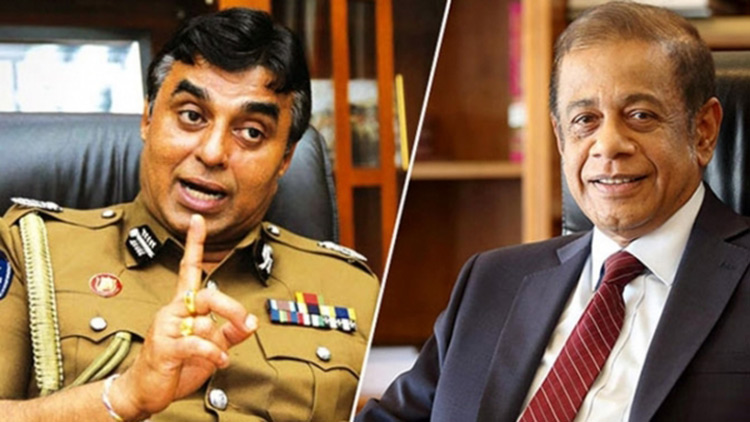 Colombo: The sister of the suspected ringleader of Sri Lanka's Easter Sunday bombings has claimed that up to 18 members of her family are missing and feared dead since the massive suicide attacks and subsequent police raids, according to a media report.

More than 250 people were killed and at least 500 injured in a series of coordinated suicide bombings at churches and hotels by the little-known National Tawheed Jamath (NTJ) across the island April 21.

Mohamed Hashim Mathaniya is the sister of Mohamed Zahran Hashim, the man Sri Lankan authorities believe was one of the leaders of the attacks, the country's worst.

He appeared in a video released by an ISIS-linked news agency before blowing himself up on Easter Sunday.

Speaking to CNN, Mathaniya said she identified her brother from photographs of his body parts at the police station earlier in the week.

"Five men went missing after the attacks (on Sunday). They were my three brothers, my father, and my sister's husband," she said.

On Friday night, 10 civilians -- including six children -- were killed along with six suspected terrorists after a shootout between police and alleged militants in the town of Sainthamaruthu on Sri Lanka's Eastern province.

One of the militants killed in that raid has been identified as Mohamed Niyas, a prominent member of the local extremist group NTJ and Mathaniya's brother-in-law.

"It did not hit me until I saw the bodies of the men and women. When they said six children, I thought whether they could be the people related to me," Mathaniya said.

"Among the women, there were five women there in the house. The wives of my three brothers, my younger sister, and my mother. There were altogether seven children."                 Witnesses said one explosion during the raid turned the Sainthamaruthu house "into fire."    Earlier Friday, authorities seized a large cache of explosives, 100,000 ball bearings and ISIS uniforms and flags from a garage a few miles from the raided property.

The ISIS has claimed responsibility for the Easter Sunday attacks, but a link between the attackers and the terror group has not been proven. Authorities blame the NTJ, which has not claimed the attacks.

The video, widely circulated on Sri Lankan social media, shows three men saying in Tamil that they will "teach a lesson" to those who "are destroying Muslims who have come to this part of the country."

The radical Islamist preacher was known to Sri Lankan authorities and local Muslim community for years as a dangerous and violent figure.

In videos Zahran posted online, he preached hate and violence and called for attacks on other Muslims, Buddhists and Christians.

Both Christianity and Islam are minority religions in Sri Lanka, with each accounting for less than 10 per cent of the population. The vast majority of Sri Lankans identify as Buddhist.

In his hometown of Kattankudy, local people said they were terrified of Zahran, even after police had confirmed his death in the attacks, the report said.