Disarmament efforts must include China as well as US, Russia: Merkel 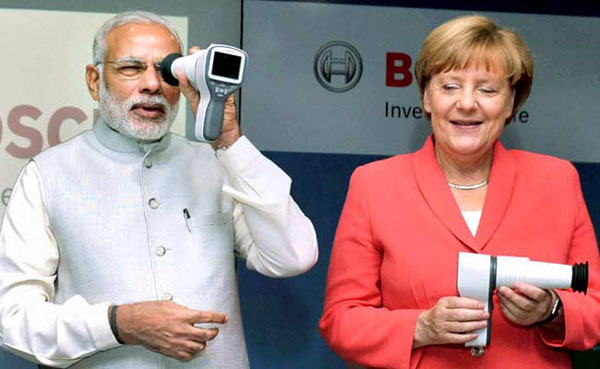 "Disarmament is something that concerns us all and where we would of course be glad if such talks were held not just between the United States, Europe and Russia but also with China," said Merkel.

The United States began pulling out of a landmark Cold War missile control agreement with Russia, the Intermediate-Range Nuclear Forces (INF) Treaty, this month in response to Moscow's deployment of the 9M729 missile, prompting Russia to announce its own withdrawal.

While pointing the finger at each other, both Washington and Moscow have also voiced concern that the INF -- a bilateral treaty between the US and Russia -- does nothing to constrain rapidly growing military power China.

According to a new report by the Institute for Strategic Studies, up to 95 per cent of China's arsenal of ballistic and cruise missiles would be in breach of the INF if Beijing were party to it.

Given this, "it is difficult to envision a scenario under which China would today enter a regime such as the INF Treaty," the report said.

Germany is organising an international conference in Berlin next month to start talks about how to create an arms control regime to replace the one forged in the bipolar Cold War era.

Show Full Article
TAGS:
News Summary - Disarmament efforts must include China as well as US, Russia: Merkel
OTHER STORIES
Next Story
X
X