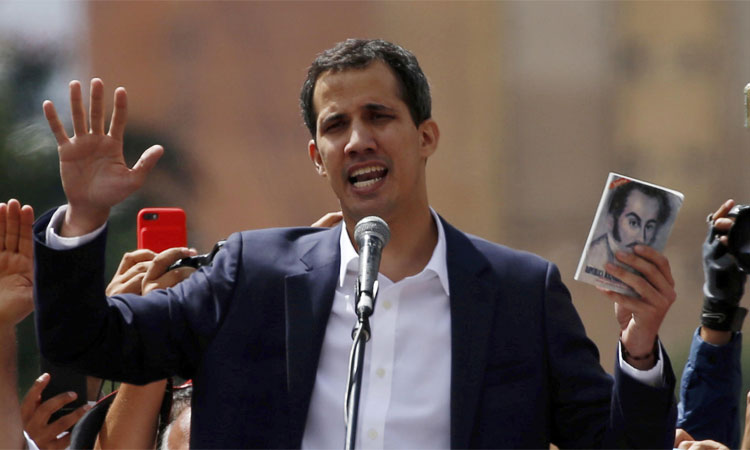 "We are being expelled from Venezuela, our passports have been seized, they have not informed us of the reason for the expulsion," said Spanish Member of European Parliament (MEP) Esteban Gonzalez Pons, who led the group.

The other lawmakers were his compatriots Jose Ignacio Salafranca and Gabriel Mato Adrover, as well as Esther de Lange of the Netherlands and Paulo Rangel of Portugal.
All are members of the conservative European People's Party (PPE).

Writing on Twitter, Guaido slammed the decision and said the group was "deported by an isolated and increasingly irrational regime." "The usurper is the one who is increasing the price of what is already a fact: the transition," he added, referring to embattled President Nicolas Maduro.

Guaido is seeking to enlist a million volunteers within a week to confront a government blockade that has kept tons of humanitarian aid, most of it from the United States, from flowing into the country.

He has given February 23 -- one month to the day after he proclaimed himself acting president -- as the date for a showdown over the aid with the government of Maduro.

An imploding economy has driven an estimated 2.3 Venezuelans to migrate, while those who remain have been punished by hyperinflation that has put scarce food and medicine out of reach for many.

Maduro, who denies the existence of a humanitarian crisis, dismisses the opposition moves as a "political show" and a cover for a US invasion.