If Trump and Kim can meet, why not other countries: Nepal on stalled SAARC summit 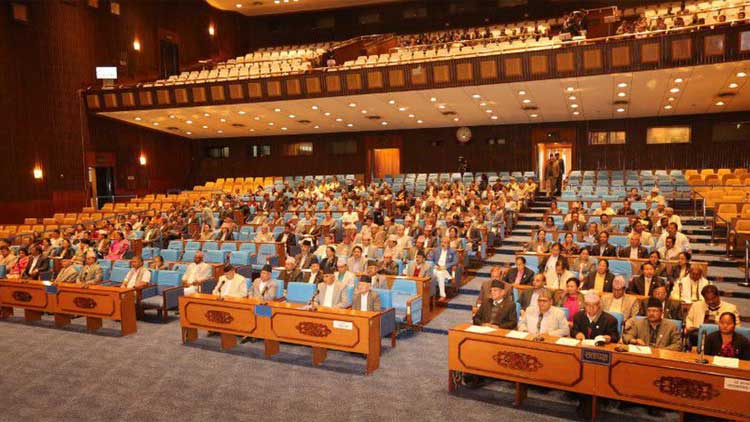 New Delhi: Nepal on Friday strongly pitched for convening of the SAARC summit, saying differences should be resolved through dialogue and the grouping should collectively deal with terrorism and other key challenges facing the region.

"If US President Trump and North Korea's Kim can meet, then why not (leaders of) other countries," he asked during an interaction with a group of foreign policy experts and reporters.

It is Pakistan's turn to host the summit. However, India, citing continued support to cross-border terrorism by Pakistan, has been maintaining that it is difficult to proceed with the summit.

The 2016 SAARC  (South Asian Association of Regional Cooperation) Summit was to be held in Islamabad. But after a deadly terrorist attack on an Indian Army camp in Jammu and Kashmir that year, India expressed its inability to participate in it.

The summit was called off after Bangladesh, Bhutan and Afghanistan also declined to participate in the meet. Maldives and Sri Lanka are the seventh and eighth members of the grouping.

"There is no alternative to sitting together and mitigating differences. The problems we (the region) are facing cannot be resolved alone. We need to put collective efforts to deal with various key challenges like climate change and terrorism," Gyawali said.

The Nepalese foreign minister, who held bilateral talks with External Affairs Minister Sushma Swaraj on Thursday, said his country has been raising the issue of the SAARC summit with India.

"I am hopeful the summit will be held soon," Gyawali said.

SAARC summits are usually held biennially, hosted by a member state in alphabetical order. The member state hosting the summit assumes the chair of the Association. The last SAARC Summit in 2014 was held in Kathmandu, which was attended by Prime Minister Narendra Modi.

The Nepalese foreign minister also said he has requested the Indian government to replace Rs 7 crore worth of old Indian currency notes with new ones.

Following the demonetisation exercise in India, people in Nepal deposited the old notes in banks in Nepal. Indian currency is extensively used by Nepalese people and businesses.

On Nepal's ties with China, Gyawali said Nepal has very close ties with India and it will be unfair to compare his country's relationship with India to that of China.

The minister also said the Eminent Persons' Group (EPG) on Nepal-India relations was finalising its report covering all aspects of the bilateral ties and asserted that there was no difference of opinion between the two sides on the issue.

The EPG was formed in January 2016 with the mandate to review various aspects of the bilateral relations including Nepal-India Friendship Treaty.

Show Full Article
TAGS:
News Summary - If Trump and Kim can meet, why not other countries: Nepal on stalled SAARC summit
OTHER STORIES
Next Story
X
X