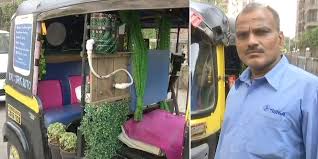 Washington: The US has announced sanctions against Venezuelan state oil company PDVSA as part of its process of exerting pressure on Caracas after recognising Juan Guaido as the country's Interim President over Nicolas Maduro, the elected head of state.

"Today's designation of PDVSA will help prevent further diverting of Venezuela's assets by Maduro and preserve these assets for the people of Venezuela. The path to sanctions relief for PDVSA is through the expeditious transfer of control to the Interim President or a subsequent, democratically elected government," US Treasury Secretary Steven Mnuchin said on Monday at a White House press conference.

The sanctions will also include freezing any PDVSA assets within US jurisdictions and prohibiting Americans from doing business with the firm, reports Efe news.

"The US is holding accountable those responsible for Venezuela's tragic decline, and will continue to use the full suite of its diplomatic and economic tools to support Interim President Juan Guaido, the National Assembly and the Venezuelan people's efforts to restore their democracy," Mnuchin said.

Shortly after the US announcement, Guaido said that he has ordered the "transfer" of the country's accounts abroad and had initiated a process to designate new directors of Citgo Petroleum Corporation and PDVSA.

He also said that the "operation and control" of the accounts will be submitted to the approval of the opposition-controlled National Assembly.

Venezuelan Foreign Minister Jorge Arreaza insisted on Monday that dialogue between the elected government and the opposition is the only way out of the country's political crisis, including talks with the US, with which Maduro broke relations last week.

Speaking to the media in Caracas, Arreaza hailed the fact that the governments of Mexico and Uruguay were working at the UN to open up mechanisms to foster understanding given the removal of recognition of the Maduro regime by numerous regional and other governments around the world.

Meanwhile, anti-government protests that have rocked the country in the past week have left 35 people dead and 850 others under arrest, non-governmental organisations said on Monday.

Meanwhile, Mexican President Andres Manuel Lopez Obrador said that the country will maintain its principle of non-intervention and the right of national self-determination in its approach to the crisis in Venezuela.

"Our position is the same. It is what our constitution establishes. We are not going to move from there," he said .

Across the Atlantic, the European Union (EU) on Monday said its member states were united on its foreign policy towards the growing political crisis in Venezuela despite the fact France, Germany, Spain and the UK seemed to break away from the official line to warn Caracas they would recognise Guaido as Interim President if Maduro did not call elections within eight days.

According to Maja Kocijancic, spokesperson for the EU's External Action department, the bloc's foreign ministers would meet later this week to further discuss possible measures to be taken against Maduro's government and reiterated the EU's recognition of Venezuela's National Assembly.

Mexico, Cuba, Bolivia, China, Russian and Turkey have maintained their support for Maduro.

Venezuela, an oil-rich country that has been hammered by lower global oil prices and economic sanctions imposed by the US has been in recession for nearly all of Maduro's time in office.

He took over after his predecessor Hugo Chavez's death in 2013.

Hundreds of thousands of Venezuelans have fled their homeland amid food and medicine shortages and hyperinflation.