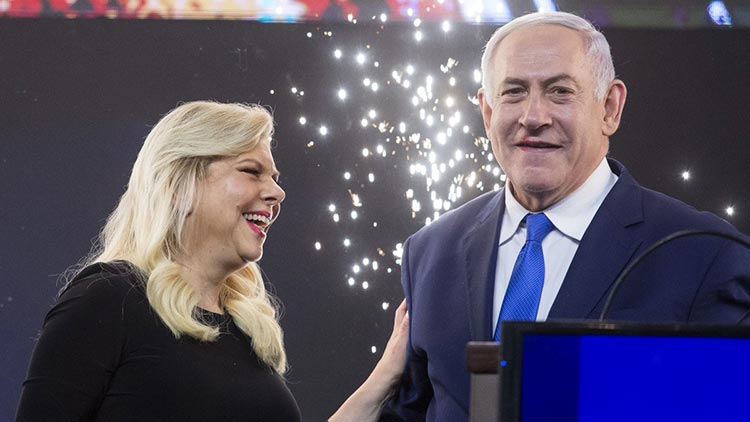 Under the deal, Sara Netanyahu, 60, will admit lesser charges and be convicted of receiving something by intentionally exploiting another person's mistake. She will repay 45,000 shekels ($12, 573) and pay a fine of 10,000 shekels ($2,794), Israel Radio reported.

The deal will be presented before judge on Sunday at the Jerusalem Magistrate's Court.

Sara Netanyahu was originally charged with fraud, aggravated fraud and breach of trust. According to her original chargesheet, she fraudulently obtained $100,000 of public funds for hundreds of meals supplied by well-known restaurants and chefs to the official Prime Minister's residency in Jerusalem while falsely stating that there were no cooks or staffs at home.

The Prime Minister's residence is not permitted to order prepared food if a chef is present.

Sara Netanyahu and Ezra Saidoff, a former caretaker at the Prime Minister's Residence, allegedly misrepresented the chef's presence between September 2010 and March 2013, in order to claim state funds to order meals, the Times of Israel reported.

Sara Netanyahu's lawyers said that she was unaware of the regulations that forbid her to do so and the meals were ordered by an aide to serve visiting officials.

Like Netanyahu's wife, Saidoff - as part of the plea deal - admitted to a lesser offence of taking unfair advantage of a mistake.

Sara Netanyahu's trial is separate from her husband's legal woes, which revolve around suspicions that the Prime Minister accepted illicit gifts, took bribes and tried to arrange favours for media barons in exchange for positive press coverage.

She was also a suspect in one of those cases, but prosecutors did not recommend any charges for her.

The Netanyahus have denied any wrongdoing, saying they are the victims of a "political witch hunt driven by a hostile leftist media and the courts".