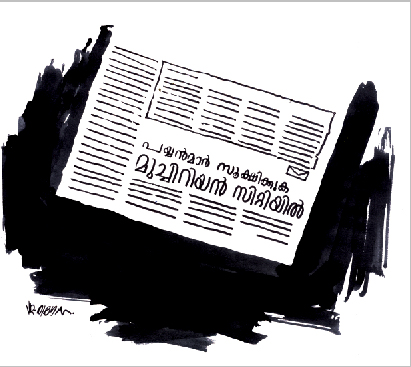 Residents place flowers at the police cordon as police conintue to search the area close by the Linwood Ave Mosque in Christchurch on March 16, 2019.

Los Angeles: Oscar winner Russell Crowe, director Taika Waititi and veteran actor Sam Neill are among the prominent film personalities from New Zealand who have expressed shock and anguish over the killings of scores of people in the Christchurch terror attack.

At least 49 worshippers were killed in attacks on the Al Noor Mosque in central Christchurch and the Linwood Mosque in the city's suburb, seen as one of the worst attacks on Muslims in that country.

Waititi, best known for directing films such as "Thor: Ragnarok" and "Hunt for The Wilderpeople", took to Twitter to extend support to the grieving community.

"My heart is broken. My country is weeping and so am I. I am dying knowing that this kind of hatred can happen in my homeland. All my love goes out to Christchurch, the victims, the families, the Muslim community, and all who have chosen our islands as their home. This is not us," he wrote.

"My heart breaks for all the families involved, and for the beautiful people of New Zealand to whose hearts this pain will attach, for a long time. Kia Kaha," the actor tweeted.

Neill, who headlined Steven Spielberg's original "Jurrasic Park" films, wrote on Twitter, "This beyond grotesque horrific white supremacist terrorist crime in OUR, YOUR little country. With love and heartbreak to the Muslim community of Aotearoa, we are with you. You are us. We are all NewZealanders. #TheyAreUs Kia kaha. We weep together." "True Blood" star Anna Paquin condoled the deaths of many innocent civilians, saying her "heart is broken".

Karl Urban, the star of "Star Trek" films and "Thor: Ragnarok", said he is feeling "disgusted" by the attack.

"Shocked, saddened and disgusted at this abhorrent terrorist attacking unfolding in Christchurch NZ . My heart , thoughts and prayers go out to all families affected," he tweeted.

Actor Lucy Lawless, best known for starring in the series "Spartacus", said the incident has put the country on edge.

"Don't let the haters win. Reach out to Muslim Kiwis. Extend a hand. Tell them you feel deeply pained by what happened and that you will be no part of this hatred. They came traumatized, looking for safety. Give them love. Please!" she wrote.

The gunman, 28-year-old Australian Brenton Tarrant, has been arrested and charged with murder. According to news reports, he live-streamed himself via a head-mounted camera online, firing at worshippers inside the Al Noor mosque.