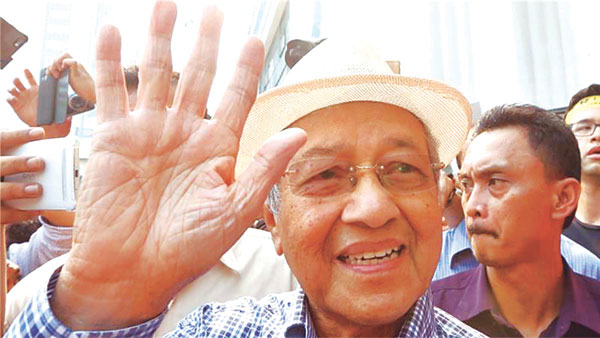 Christchurch: Malaysia's prime minister says Muslim countries need to look for new ways to reduce the atmosphere of hatred and anger toward Muslims that prompted the deadly attack on mosques in New Zealand.

Mahathir Mohamad, a prominent Muslim statesman, says he discussed ways to improve the perception of Muslims around the world in talks Friday in Pakistan with Prime Minister Imran Khan.

He says Muslims need to learn how to respond to the hatred directed at them, and warned that taking revenge and killing invites the same reaction. He didn't specify any alternatives, but his comments suggested more tolerance, patience and dialogue.

Mahathir arrived in Pakistan on Thursday for a three-day visit.

Thousands of people have gathered for a mass funeral to bury 26 of the victims of the mosque attacks in Christchurch, New Zealand.

The funeral is taking place at a Muslim cemetery where more than a dozen of the 50 killed last week already have been laid to rest.

Family members took turns passing around shovels and wheelbarrows to bury their loved ones.

The burials come hours after thousands gathered in a Christchurch park for Friday prayers, including Prime Minister Jacinda Ardern.

Friday's burials also include the youngest victim of the attacks, 3-year-old Mucaad Ibrahim.