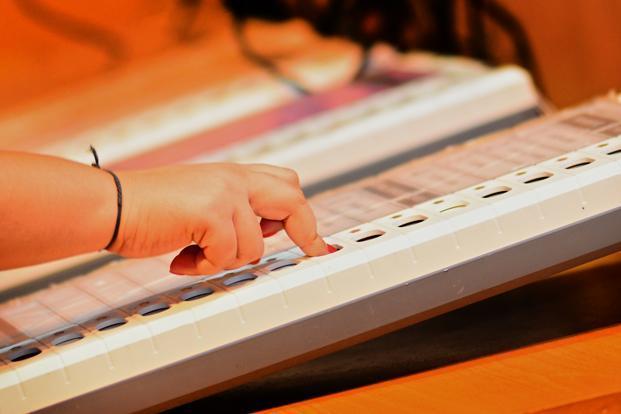 Johannesburg: The African National Congress (ANC) has held onto power in South Africa, albeit with a reduced majority, while two parties to the right and left have increased their votes share as the general election since Nelson Mandela assumed power in 1994 drew to a close on Friday.

The proportional representation system used in South Africa requires voters to choose a party to lead the country and Legislative Assemblies in its nine provinces, rather than specific President and Premiers respectively for these positions.

There was consensus among analysts that the ANC gained the trust of the electorate because of the appointment of Cyril Ramaphosa as President early last year after Jacob Zuma was recalled from the position.

This was despite earlier concerns that disillusionment with Zuma and his cabinet over rampant allegations of corruption and state capture would see voters choosing other parties.

Besides being returned to the National Parliament with 58% of the votes cast, the ANC won the highest number of votes in all but one province, the Western Cape, where the Democratic Alliance (DA) retained its premiership.

The previous opposition DA returned as the official opposition in Parliament with 28% of votes in its favour.

But the rise of the Economic Freedom Fighters (EFF), led by firebrand Julius Malema who formed the party after being ousted from the ANC; the mainly Zulu-supported Inkatha Freedom Party, led by 90-year-old Mangosuthu Buthelezi; and the Freedom Front Plus (FFP), which looks largely after the interests of the white minority, surprised analysts.

These parties respectively took the next three top slots in the elections.

"It looks like the theme in South Africa is the same as the theme worldwide - the growth of populism," said Felicity Duncan of Biznews.

"Both the EFF and the FFP have fundamentally populist platforms, albeit from opposite sides of the political spectrum.

"This suggests that SA is not immune to the worldwide wave of populism," Duncan said.

In a preliminary report on the 2019 election, former Nigerian president and head of the Electoral Institute for Sustainable Democracy in Africa (EISA), Goodluck Jonathan, lauded the Independent Electoral Commission (IEC) for running a free and fair election, as did several other independent monitoring bodies.

But the election was not without controversy, including reports of people finding ways of voting twice by removing the supposedly indelible ink marks on their thumbs which was supposed to disallow this.

The IEC is also facing legal action from a group of parties from the 48 contesting the elections who secured minimal votes, claiming a range of irregularities.

The allegations have been referred to the Statistician General for an independent technical assurance assessment, but is not expected to have any significant effect on the final outcome of the voting.