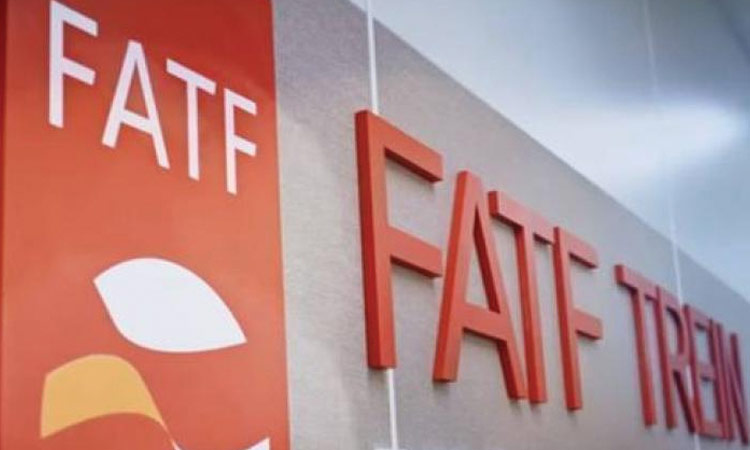 Islamabad:  Pakistan needs to launch an aggressive diplomatic effort to secure enough support to come out of the grey list or prevent itself from falling into the black list of the Financial Action Task Force (FATF) next month, a senior government official has said.

The official's remarks came after a 10-member Pakistani delegation attended a two-day meeting of the Asia-Pacific Group (APG) of the Paris-based global watchdog FATF in the southern Chinese city of Guangzhou where it defended Pakistan's efforts against money laundering and terror financing.

The senior official, who participated in the APG meeting in Guangzhou last week, told the Dawn newspaper that the coming FATF Plenary and Working Group meetings in Orlando, Florida, scheduled for June 16-21, would be crucial for Pakistan to get rid of the grey list or falling into the black list and having serious economic repercussions.

The Orlando plenary will actually set the stage for Pakistan's future even though a formal announcement would come out at the next FATF plenary due in Paris on October 18-23, he said.

Hence, an aggressive diplomatic effort over the next four weeks is required to secure enough support and votes to exit the grey list, the report said.

Pakistan has taken aggressive steps over the last two months in terms of regulatory and monitoring mechanism to meet the FATF requirements and its legal system is generally up to the mark, except some amendments to the Anti-Money Laundering Act (AMLA) 2010 pending before the National Assembly's standing committee on finance and revenue, the report said.

"We believe we have generally delivered on the technical side i,e legal and administrative action, regulations, monitoring, enforcement and inter-agency and stakeholder coordination and now require more of the diplomatic push to counter the adversaries," said the official.

He said Prime Minister Imran Khan was expected to get a briefing on the Guangzhou meeting and on the way forward on Monday.

The official said it was expected Minister for Foreign Affairs Shah Mehmood Qureshi would now coordinate with stakeholders on a strategy to reach out to the world capitals in difficult diplomatic environment where the US-India grouping has greater influence and non-aligned members of the FATF prefer to abstain than siding with Pakistan.

According to the report, Pakistan required about 15-16 votes to move out of the grey list and a minimum of three votes to avoid falling into the blacklist.

The FATF currently comprises 36 members with voting powers and two regional organisations, representing most of the major financial centres in all parts of the globe.

The FATF plenary had formally placed Pakistan in the grey list in June 2018 after the country could not secure a minimum of three votes.

On May 3, Finance Minister Arun Jaitley said India will ask the FATF to put Pakistan on a blacklist of countries that fail to meet international standards in stopping financial crime.

China is set to secure FATF presidency next year while Saudi Arabia representing the Gulf Cooperation Council is to become a full FATF member.

Turkey was the only member that stood by Pakistan despite a strong campaign launched by the US, the UK, India and Europe.

Pakistan's seriousness to act against proscribed terror outfits and its efforts to curb money laundering and terror financing were questioned by members of a regional affiliate of the FATF at the Guangzhou meeting.

The official said the Pakistani delegation presented a robust case before the APG panel on the country's progress on the 10-point action plan committed with the global watchdog despite tough questioning from some participants.

The APG would now submit its findings, based on Pakistan's report and question-answer session, to the FATF in its June 16-21 Plenary and Working Group meetings in the United States.