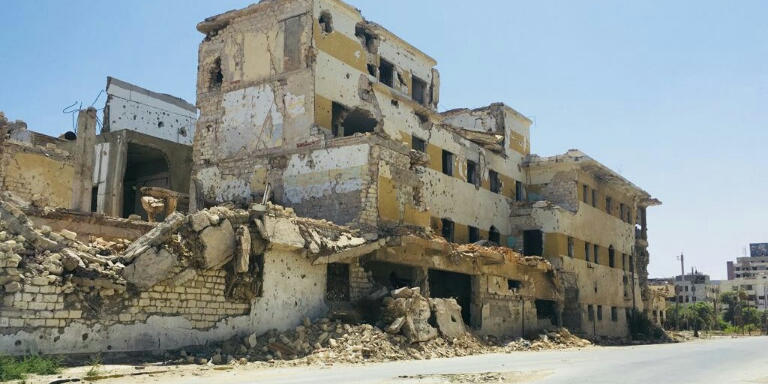 Moscow: Russia and Turkey announced on Tuesday that it would continue efforts to end hostilities in Libya despite strongman Khalifa Haftar leaving the peace talks in Moscow without signing a permanent ceasefire deal.

Warring rivals Fayez al-Sarraj, the head of the UN-backed Libyan Government of National Accord (GNA), and Haftar, who commands the Libyan National Army (LNA) and is allied to the eastern so-called Tobruk government, were both in the Russian capital on Monday for the talks, reports Efe news.

Russian Foreign Minister Sergei Lavrov said: "We will continue our efforts to that end, for now, no definitive results have been agreed on."

Moscow and Ankara back different sides in the Libyan conflict - as they also do in Syria - and slated the peace talks after declaring a ceasefire.

Haftar, a strongman military leader, left the peace discussions in Moscow without inking the permanent ceasefire deal his rival al-Sarraj did sign.

"Every effort from the Europeans now, including the Germans, the French, the Italians, as well as those of Libya's neighboUrs like Algeria, and Egypt, as well as the United Arab Emirates, Turkey, Qatar and Russia, should be united and they should stop resolving their differences through the use of force," Lavrov said.

Al-Sarraj's Tripoli-based government receives the economic and political backing of the European Union and military support from Turkey, Qatar and Italy while Hafter is backed by Saudi Arabia, Egypt, the UAE and Russia.

Moscow came to the aid of Syrian president Bashar Al-Assad, bolstering a fierce aerial campaign that has helped put down a mass rebellion against the regime across much of the country. Some 400,000 people have been killed in Syria, according to the UN, including many civilians.

Lavrov said the blame for the current conflict in Libya could be laid with the West, given Nato's military invention in support of the rebellion against dictator Muammar Gaddafi in 2011.

The state has since collapsed into a civil war that has killed thousands.

The failed peace talks in Moscow not only jeopardize the fragile ceasefire in the North African country but also the upcoming international conference on Libya in Germany next week.