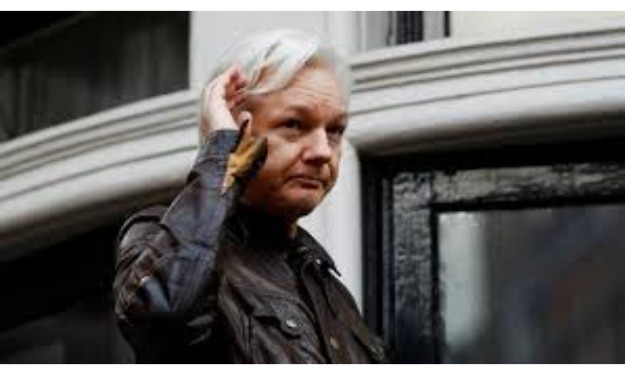 Sydney: WikiLeaks founder Julian Assange's father, John Shipton, is fighting tirelessly for the release and return of his son, who is facing an extradition trial in London for publishing classified information, a process he described as abuse.

The 80-year-old is organizing public events in Australia despite the ongoing coronavirus pandemic and hopes to travel to London in August to support Assange during his extradition trial which, he says, is being carried out under "dire" circumstances.

In May 2019, the UN Special Rapporteur on Torture, Nils Melzer, said, after visiting Assange in the Belmarsh prison along with two medical experts, that he showed "all symptoms typical for prolonged exposure to psychological torture, including extreme stress, chronic anxiety and intense psychological trauma".

Assange has spent almost a decade in confinement, first under house arrest in a British town and then at the Ecuadorian embassy in London between 2012 until 2019, when Ecuador withdrew his political asylum status.

Shipton has urged the Australian government to mediate with the UK administration for the release of his son, who is wanted in the US on 18 charges of espionage and computer intrusion, for which he could be sentenced to prison for up to 175 years.

"I believe the government can, if it wishes to, assist us in bringing Julian home. I believe that (it) is very simple for the Prime Minister (Scott Morrison) to pick up the phone and ring (his UK counterpart) Boris Johnson and say Julian Assange is an Australian citizen in dire circumstances.

"This will resolve this immediately and that's easily possible," he told Efe news during the interview.