South Asians made up of hundreds of identities, we must protect all of them: Fatima Bhutto 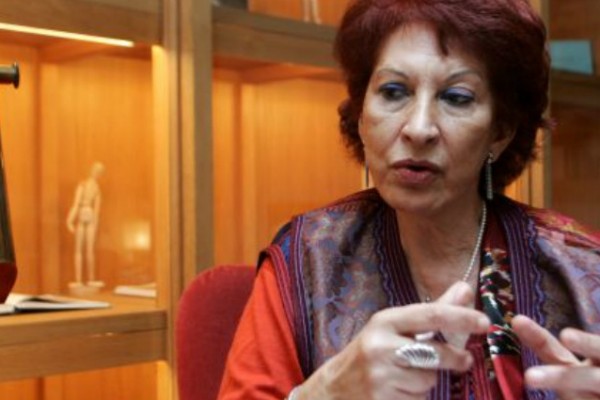 Sydney: Acclaimed Pakistani author Fatima Bhutto, who believes the way to combat fundamentalists is to celebrate the co-existence of more than one culture, says South Asians are made up of hundreds of identities and we must fight to protect all of them.

The 36-year-old granddaughter of the late Pakistan prime minister Zulfiqar Ali Bhutto, who delivered the closing address at the recent Sydney Writers' Festival, speaks to PTI about her latest book "The Runaways", what drives young people to become radicals, how the violence in Pakistan during her growing up years taught her to be brave and the west's accountability in the "explosive radicalism" of today.

Q: What is driving young people today to become radicals and join groups like ISIS?

A: I think there is widespread alienation all over the world today. The promises of globalisation have turned out to be a lie - the poor were not uplifted. They were forced into even less secure conditions while a global minority has been vaulted into incredible riches. It is hard to get a job, to live lives of dignity and respect. If you come from minorities or from certain communities you are denied access to opportunity, travel, study and this creates a lot of anger. In places where these young people are not given a vision for their futures, they become vulnerable to any vision offered to them.

Q: ISIS has claimed responsibility for the Sri Lanka massacre? Is its focus moving to South Asia?

A: South Asia's heritage is one of syncretism, multiplicity. Our part of the world has absorbed and embraced so many beautiful religions, legacies and cultures. It is that embrace and acceptance that fundamentalists want to destroy and we must resist them wholeheartedly. We do not come from a binary culture. We South Asians are made up of hundreds of identities and we must fight to protect all of them.

Q: What was it like growing up in Syria and Pakistan? How have the two countries changed, especially for the youth?

A: The Syria of my youth was not the Syria you see today. Yes, granted if you were a political dissident it was very restrictive, but if you were a woman, a religious minority, a member of the LGBT community, a secular person it was a place where you felt safe and protected. Now of course we see Syria as a place of incredible violence and terror. When I was growing up in Pakistan as a teenager it was a place of a lot of violence and turbulence and insecurity, but Pakistan taught me to be brave. It taught me how to survive in a world that frightened me and I would not be the person I am today without it.

Q: What was the motivation behind penning "The Runaways"? Was it developments in Iraq and Syria or events closer home in Pakistan and India? Do your characters in "The Runaways" depict real life stories or did it involve a lot of research?

A: Yes, it was about all those places and I thought a lot about India and Pakistan when I was writing it even though the story expands beyond those terrains. It was based on research but also observations made over the years as I watched the war on terror expand terror rather than limit it.

The west has a huge accountability in this explosive radicalism we see today. Their wars, torture, restrictions and humiliations of entire peoples have inflamed radical sentiments. Their inability to abide by the principles they claim to represent liberty, freedom, justice, inclusion has been exposed. The characters are imaginative but I think the motivations they feel are based in real life radicalism is born out of a lot of isolation and pain, it's not something that you are born with, it is fostered over time and so many are vulnerable.

Q: What are the factors, according to you, that are contributing to radicalism?

A: A University of Chicago professor some years ago studied every case of suicide terrorism and found that it wasn't religion that was the motivating factor but politics. It was occupation, sanctions, war, nationalism, a feeling of humiliating that motivated all the terrorists.

Q: Will stripping citizens, convicted of terrorism, of their citizenship make things worse?

A: I think sadly it will. Those people, even if they are criminals, were born in those countries, brought up there, and they were radicalised there. How can the west now wipe their hands off them? They must be brought to justice, tried, punished and rehabilitated in the west. Depriving them of their citizenships says to a generation of people who are western but with immigrant backgrounds that you don't belong here, we don't value you, we don't accept you, and anything you do wrong will automatically get you thrown out. We are not invested in you, and have no interest in making sure you are a productive, functional, valuable member of our community. That's an incredibly dangerous message to send to people from immigrant backgrounds.

Q: In trying to fit into the adopted country, do South Asian parents put undue pressure on their children to realise their unfulfilled ambitions and aspirations and unknowingly make their children feel unwanted and unfit?

A: I think parents everywhere, whether they are South Asians or not and whether they are immigrants or not, struggle to build futures for their children that are more expansive than their own in terms of possibilities and opportunities. It's an act of wanting to protect and provide but naturally it is a lot of pressure and in wrong conditions can affect the child adversely.

Q: How can migrant communities be better assimilated with mainstream society?

A: I think that multiculturalism is beautiful and it's what makes societies robust and dynamic. Why would we want everyone in any given country to be exactly the same? We want everyone to feel safe and respected and protected that's the only thing we should want as citizens.

Show Full Article
TAGS:
News Summary - South Asians made up of hundreds of identities, we must protect all of them: Fatima Bhutto
OTHER STORIES
Next Story
X
X