As winter approaches, Afghans struggle to cope amid price hike 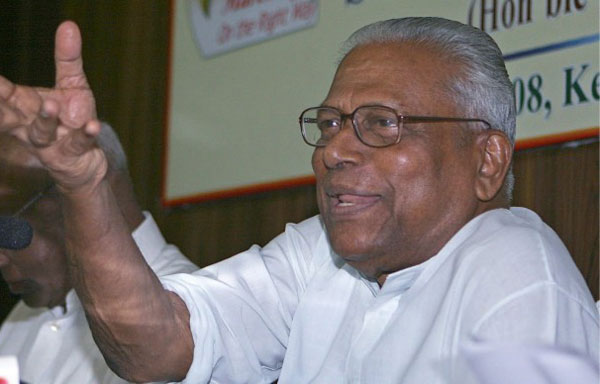 Talking to the media, the Marxist veteran said he stuck to his demand for a CBI probe into the allegations. “I have already told you the reasons for my stand. I had also given a press release on that matter. Considering the character of the allegations, only a CBI probe can bring out the truth,” he said.

Earlier, taking a divergent stand from that of Achuthanandan, CPI-M state Secretary Pinarayi Vijayan had made it clear that the party had not yet formed its view on the mode of probe it would prefer and cast doubts about the credibility of the central investigation agency.

Holding on to his position in the matter, Achuthanandan said in a statement that the CBI probe alone would be able to bring out the truth on the allegation as the state Vigilance and Anti-corruption Bureau (VACB) might not be able to conduct an impartial probe against a senior minister in the state.

"CBI is the sole agency which is capable of interrogating Mani as well as Chief Minister Oommen Chandy and other ministers ...That is why I asked for a CBI probe and that is what the people of Kerala also wish," the nonagenarian leader said.