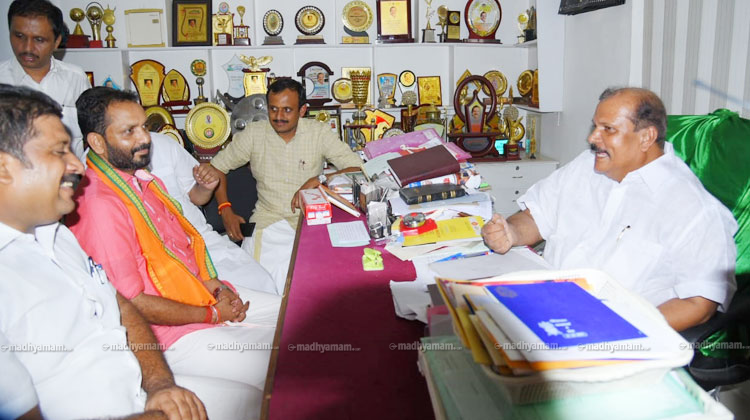 Thiruvananthapuram: After stripping him of the post of Government Chief Whip, Kerala Congress (M), a key partner in the ruling UDF, Friday suspended party's dissident leader P C George from the post of Vice-Chairman.

The decision was announced by party supremo and state Finance Minister K M Mani after a high-level meeting of party leaders here.

Talking to reporters, Mani said George was also suspended from party committees, but would continue to be a member of the party.

He said the latest action was taken in the wake of repeated anti-party activities and violation of party discipline by George, who has been highly critical of the party leadership.

George had insisted on his ouster from the party so that he could revive his faction Kerala Congress (Secular) and continue to be a part of UDF as a separate partner, apparently to avoid the provisions of anti-defection law, if he choose to vote against UDF in the Assembly or against UDF candidates in the Rajya Sabha biennial polls to be held on April 20.

Keeping George as a member of the party will tie him under the ambit of anti-defection law. The party has nine MLAs, including him.

George was removed from the post of Chief Whip on April 8 by Chief Minister Oommen Chandy as per the demand of KC-M after parleys to avert the action failed.

He had also been barred from attending the UDF liaison committee meeting as the representative of KC-M, which is the third largest partner of the ruling front.

George had been making public statements against UDF leaders that led to removal from the Chief Whip post.

Rift between George and party leader Mani, who was facing charges of corruption in bar bribery scam, reached a flash point after the former attacked the latter over presentation of Budget.

Meanwhile, George continued his tirade against KC-M and said he would move the High Court against Mani for holding dual positions as state Finance Minister and party Chairman "against" party rules.