Bill Gates was 'warned over inappropriate emails' to female staffer

More homes of Hindus attacked in Bangladesh over alleged blasphemous... 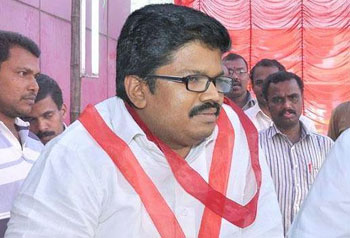 Thiruvananthapuram: K.K Ragesh of the CPI(M) Saturday filed his nomination papers for the Rajya Sabha elections to be held on April 20.

Last date for filing nomination is April 6. The Election Commission which initially fixed the poll date on April 16, has changed it to April 20.