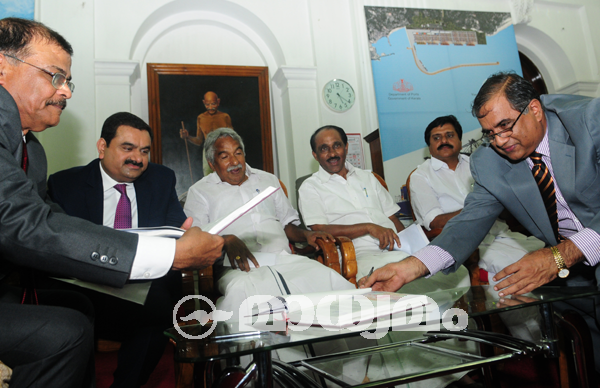 Thiruvananthapuram: Kerala government and the Adani group on Monday entered into a Memorandum of Understanding (MoU) for the Vizhinjam port project, 25 years after the project was first mooted.

The LDF Opposition, however, stayed away from the function.

Adani Ports was the lone bidder and sought Rs.1,635 crore as grant for the project. It would operate the port for 40 years, extendable by another 20 years. The state government would get a portion of the revenue from the port after 15 years of operations.

Prime Minister Narendra Modi is slated to lay the foundation stone of the project on November 1, Kerala's formation day.