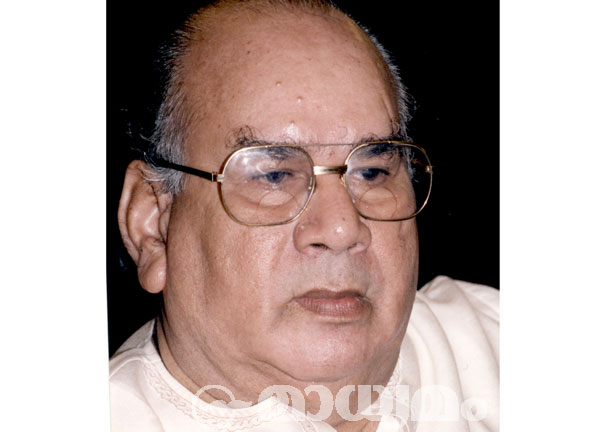 Kochi: Malayalam actor Paravoor Bharathan, who acted in nearly 300 regional films, died on Wednesday at his home near here in Kerala, family sources said. He was 86 and was ailing for a while.

Although he began his career in the late 1940s in drama, he first appeared in films in 1951 and till 2009 was an integral part of the film industry.

He had been suffering from age-related ailments since 2009.

He began his film career as a villain and later migrated to character roles. Some of his much talked about films include "In Harihara Nagar", "Aniyan Bava Chetan Bava", "Aniathipravu", and "Meleparambil Aanveedu".

Recalling her times with Bharathan, national award winning actress Saradha said that she knew him right from the time she began her film career in the Malayalam industry.

"Two months back, I along with a few friends visited him at his home. All of us were so excited and happy about the time we spent together. He was a wonderful human being and was always very humble and modest."

"I have had the good fortune of sharing many a screen with the hugely talented actor, who always made acting look very simple. His passing away is a huge loss to all of us and the industry," said Jagadish.

Bharathan is survived by his former actress wife Thankamani, who has acted in the theatre and films, three sons and a daughter.