George to move breach of privilege notice in assembly 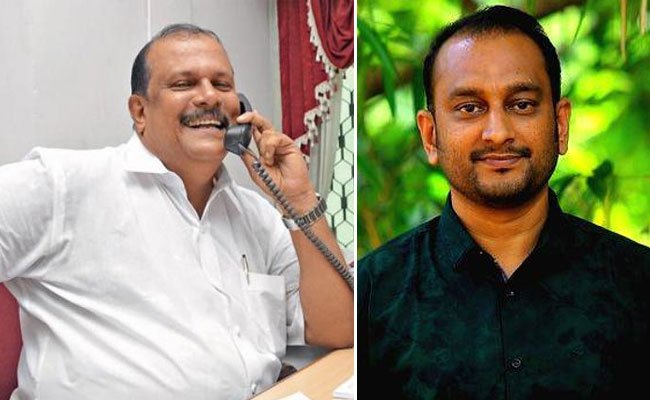 Kottayam: Rebel Kerala Congress leader P C George, MLA, Saturday said he would move a breach of privilege notice in the state Assembly against those who prevented him from raising the farmers' issue at a function attended by ministers, including Finance Minister K M Mani.

A day after supporters of Mani and his known detractor in Kerala Congress, George, scuffled on stage at Thidanadu panchayat after he criticised the Finance Minister on the issue of falling prices of rubber, the rebel leader, who represents Poonjar in the Assembly, said it was his duty to raise the issues concerning the people but his privilege was not respected.

"Creating unruly scenes to prevent an MLA from raising the people's issue at a public platform is a breach of privilege. I will move breach of privilege notice against those who prevented me yesterday. I will meet Assembly speaker soon," George told reporters here.

Dramatic scenes were witnessed yesterday at the venue of Kudumbashree anniversary celebrations and the launch of 'Jalanidhi' at Thidanadu Panchayat after the gram Panchayat President, a Mani loyalist, prevented George from making political comments in his presidential address.

An agitated George allegedly smashed the mike and alleged that the president's brother and some others tried to manhandle him in the presence of police.

Besides, Mani and George, Kerala Water Resources Minister P J Joseph and Anto Antony MP were present on the stage.

George has alleged that he was not allowed to continue his speech as he said that farmers, particularly rubber growers in the state, are on the verge of committing suicide due to the "anti-farmer" policies adopted by the finance minister and the state government, in which he is a key player.