With Onam celebrations on, demand for flowers on rise 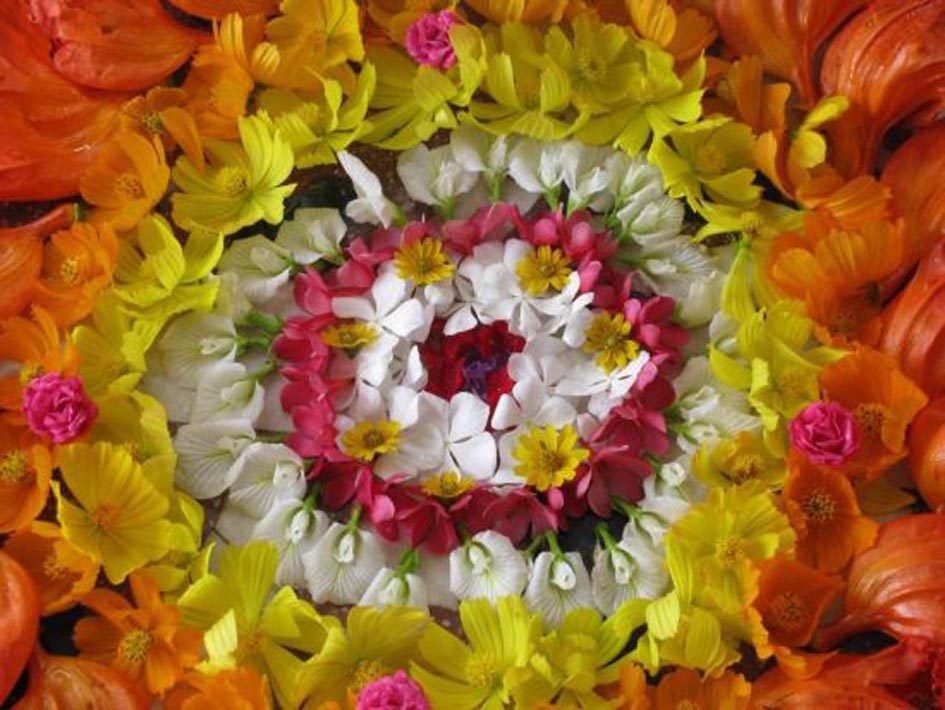 Thiruvananthapuram: Though Keralites seem to be preferring home grown and organic vegetables this Onam - the traditional harvest festival- their dependence on flowers from neighbouring Tamil Nadu and Karnataka continues despite skyrocketing prices.

Kerala sources major chunk of flowers from farms in Tamil Nadu and Karnataka to meet its festival demands during Onam to decorate homes with floral carpets.

With this year's Onam just days ahead, trucks and other vehicles loaded with flowers have begun arriving into the local markets in the state.

Residents in Thiruvananthapuram depend mainly on flowers arriving from Thovala in Tamil Nadu's Kanyakumari district, popularly known as the 'floral basket'.

Flowers also arrive from Aralvaimozhi, Kattadimala, Dindigul and Satyamangalam in Tamil Nadu and Bengaluru and Gundalpet in Karnataka, where flowers are cultivated on commercial basis, market sources said.

Spiralling prices of different varieties of flowers have caused no effect in the state's dependency in this regard, the sources said.

Of them, 'mulla' (jasmine) is the costliest, Rs 600-800 per kg, Santhosh, a flower vendor in Chalai market here said.

"Arali, which is available in red, pink and white shades, has also a large number of takers. It costs around Rs 200 per kg. While vadamulla costs Rs 150 per kilo gram, pichi (a variety of jasmine)- Rs 400 kilo gram, lotus- Rs 10 per piece." The price would increase many folds in the coming days, he said.

According to mythology, Kerala was once ruled by "Mahabali" also known as Maveli, a generous Asura (demon) king. During his reign, everyone was equal and deception and theft were unheard of.

The Devas (Gods), who were envious of Mahabali's popularity, managed to get him pushed down to the netherworld with the support of Lord Vishnu. But he was allowed to return to Kerala on Thiruonam day of the month of 'Chingam' of the Malayalam calendar every year and Keralites celebrate Onam as the homecoming of the legendary king.

In recent years, not only houses, but also schools, colleges, offices and other establishments also lay floral carpets as decorations to observe the festivity.