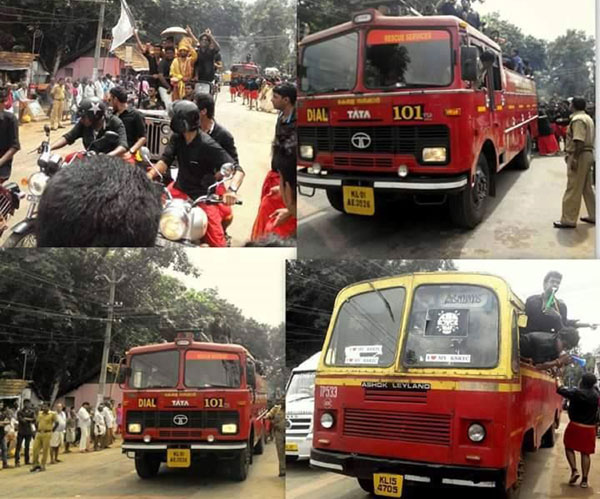 Pathanamthitta: Six Fire Force staffers have been suspended from service for ‘misusing’ the Fire Engine on the occasion of Onam celebrations at IHRD Engineering College at Adoor here.

The action was taken on Monday following a report by Assistance Divisional Officer (Fire Force), Kottayam, who was asked to investigate into the incident.

There is no provision that permits using the Fire Engine for private celebrations. The Fire Force unit at Adoor broke that law, the report said.

It also said the staffers ‘helped’ the students enjoy an artificial rain by pumping water from the Fire truck.

The explanation of the officials was that the Fire Engine was given as a safety measure to the Onam procession taken out by the IHRD students. They also said that the students had paid a sum of Rs 7000 for availing the facility.

However, the officials could not produce enough evidence to prove their claim, the report said.