Petroleum minister in talks with Russia, Saudi over fuel prices 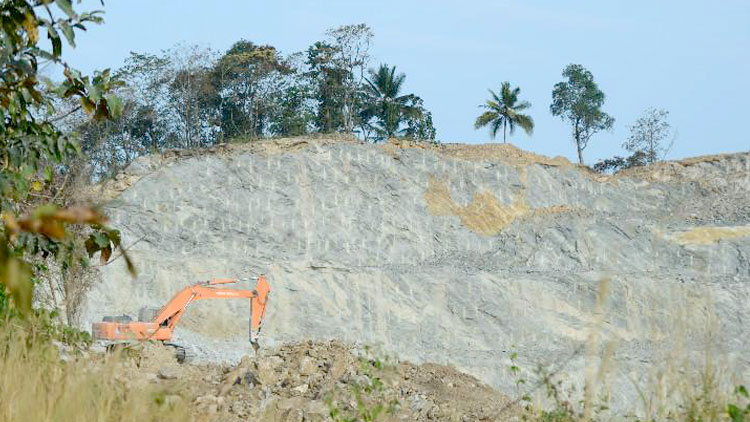 Kannur: Suspected Maoists attacked a private quarry-cum-crusher unit in Kannur district Friday morning, in the third such strike by the Leftist ultras in the state in recent weeks.

No one was injured in the attack at the unit located at Nedumpoil, close to forests with some tribal settlements in the area, police said.

A five-member group of ultras, a couple of them carrying fire arms and in 'uniform', sneaked into the office of the unit under cover of darkness after securing the key from a watchman on duty, torched the premises and vandalised the office.

The fresh attack comes at a time when the government had stepped up security following intelligence reports that Moists could sneak into forest-fringe tribal settlements in the hill areas of Kerala, close to Karnataka and Tamil Nadu borders.

Watchman Gopi said the group sneaked in around 2.30 AM, pointed a gun at him and took the keys and torched and vandalised the office.

He said one of them was a woman and wore clothes that resembled the uniform usually associated with Leftist ultras.

Home Minister Ramesh Chennithala said the Maoists were indulging in this kind of vandalism to assert their presence in certain pockets of the state but they lacked local support.

"They are trying to make their presence felt through vandalism. But they are isolated and do not enjoy any support from the local people or tribal communities", he told reporters at Alappuzha.

A strong police team had been rushed to the spot and investigations had begun, he added.

Police said the group behind the attack would soon be identified by verifying the CCTV footage obtained from the spot.

Last month, suspected Maoists had exchanged fire with special commandos near a tribal settlement at Vellamunda in Wayanad district. Later, activists, claiming to be Maoists, also vandalised forest offices at Wayanad and Silent Valley in Palakkad.

Chennithala had visited Wayanad two days ago to review the security in the hilly district in view of recurring Maoist attacks.