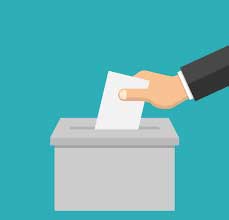 Thiruvananthapuram: An all party meeting today failed to arrive at a consensus on extending voting facility for Non Resident Keralites (NRKs) in the coming civic polls.

The meeting chaired by Chief Minister Oommen Chandy rejected the idea of proxy voting as all political parties opposed it.

A consensus could not be reached as main Opposition parties expressed reservation over providing on-line voting facility to Keralites settled abroad.

The Opposition also informed the government that they would convey their stand on the issue by next week.

Government took the stand that NRK's should be given an opportunity to cast their votes in the civic polls, scheduled to be held later this year.

Though Kerala is the first state to implement voting rights to NRK's, it is possible only for those who are present in the state during polling day. Due to this, only some people are able to exercise their voting rights.

Chandy said the all party meeting had been convened as the state could take a decision on matters related to civic polls and added that both the Centre and Election Commission are in favour of extending voting rights to expatriates.

Minister for NORKA K C Joseph said the State Election Commission has informed the government that it would take necessary steps on the matter if a consensus was reached among political parties.

Voting facility has been a long-standing demand of the Kerala diaspora, which comes to around 2.3 million.