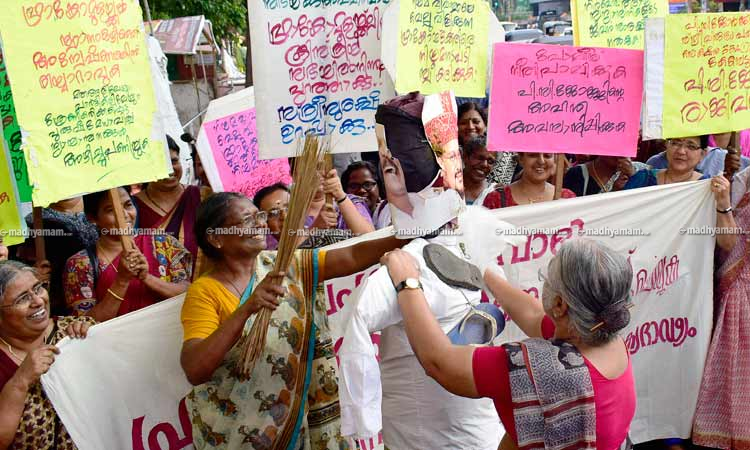 The brief motion in this regard was moved by Chief Minister Oommen Chandy and was passed by voice vote.

Warning George, the Speaker, N Shakthan, said such instances should not be repeated.

In his reaction, George said he humbly accepted the decision of the House. "What I had said in a private conversation inside my house had been blown up by the media," he said.

The Ethics committee of the Assembly, headed by K Muraleedharan of Congress, had in 2013 recommended that George be censured.

"I accept the decision with all humility," George, who is on a warpath against his party Kerala Congress(M) and its leadership, said, adding two KC(M) leaders are members of the committee which had submitted its report two years ago.

Admitting that he had made some nasty remarks against Gowriamma and Thomas, he said, "I will not deny it now. With all due respect I accept the Speaker's decision."

George later told reporters that a UDF MLA, Selvaraj had Tuesday made an 'unparliamentary' remark against a woman MLA. "When such instances are happening inside the House, no action was taken," he said.

Stating that he would not criticise the Assembly committee, George said he respects that committee and accepts its decision.

Wednesday's warning comes close on the heels of Kerala Congress (M) deciding to recommend disqualification of George from the Assembly.

A high-power committee of KC(M) had last night decided to move an application before the Assembly Speaker seeking to disqualify George from the House following his outbursts against the party and its leaders.