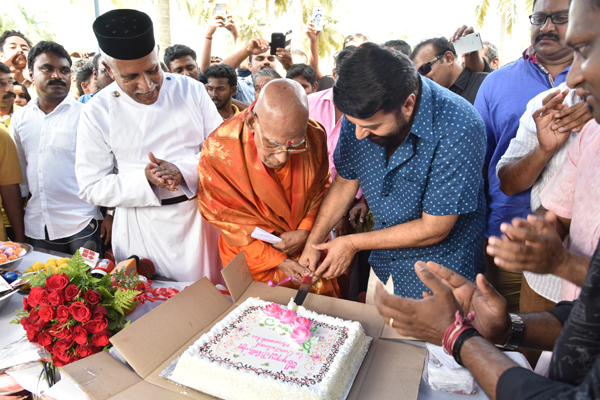 Thiruvananthapuram: CPI-M national general secretary Prakash Karat, his wife Brinda Karat and Mammootty are among the front runners for one of three Rajya Sabha seats from Kerala.

The remaining two will be filled by Congress candidates.

Superstar Mammootty has been with the CPI-M for long, while Brinda Karat was previously a member of the upper house from West Bengal. Her husband and outgoing CPI-M general secretary Prakash Karat are the top contenders for the post.

The CPI-M has often surprised many with its choice when it comes to naming candidates for Lok Sabha and Rajya Sabha seats.

In the 2014 Lok Sabha polls, they surprised all by naming comedian and character Innocent as its candidate for the Chalakudy seat. Innocent went on to defeat veteran Congress leader P.C. Chacko.

The party, which has lost its ground in West Bengal, now has only Kerala to look up to for a nomination to the upper house.

Kutty over the past four years has been a popular face on TV channels in Kerala, defending the official faction of the party led by powerhouse politburo member Pinarayi Vijayan.

Of the nine members in the upper house at the moment, the CPI-M has four - K.N. Balagopal, who rose from a student politician and was the political secretary to V.S. Achuthanandan when he became the chief minister in 2006; T.N. Seema, a college professor who used to have a strong presence in the women's wing of the party; P.Rajeev, who retires next month from the upper house, was the Resident Editor of party mouthpiece when he was selected to the upper house in 2009, and veteran C.P. Narayanan, when selected was the editor of party magazine - Chintha.

"Several names are being discussed. Our party always weighs the pros and cons of the candidates and that's why you find surprises when the final announcement comes," a senior party leader told IANS on condition of anonymity.