Uttar Pradesh to set up quarantine centres for migrants

WHO expresses concern about rising COVID-19 rates during Ramadan 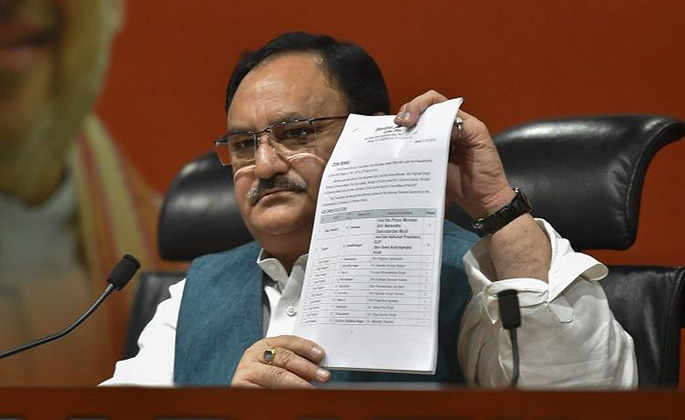 Thiruvananthapuram: The NDA Government has sanctioned 15 All India Institute of Medical Sciences during its first year and Kerala would also get its promised AIIMS, Union Health Minister J P Nadda said here on Friday.

Previous UPA regime had sanctioned only one AIIMS during its entire five-year period, he said inaugurating a meeting to celebrate the first anniversary of Narendra Modi government organised by the BJP.

Nadda said Kerala would get the AIIMS soon as declared earlier, but the state government had to complete certain formalities with regard to the site for the institute.

He highlighted the achievements of the NDA regime and said international community had accepted and recognised India as a vibrant nation moving towards progress.

He pointed out that for the first time in 18 years, India had been chosen the chairman of the World Health Assembly held at Geneva last week.

Countering the criticism of Congress, Nadda said due to various progressive initiatives of NDA government, Congress party was very frustrated.

He said the focus was to provide a corruption free government and keep its promises.

Disputing Congress' contention that NDA was anti-poor, he said an amount of Rs.53,000 crore has been earmarked for irrigation alone. Another major initiative was the launch of 'Goukul Mission' to promote Dairy development.

He also said 14 crore farmers would get soil health card.

Rs.650 crore assistance for crop loss during natural calamities would further boost the confidence of farmers, he added.

Nadda said the Modi government had started 'earnest efforts' to bring back black money stashed away abroad by pressuring the G20 countries to share information on such accounts.