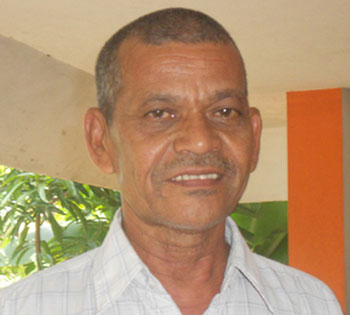 Alappuzha: Multiple probes have commenced into the death of a young girl athlete and three others being in serious condition after they consumed poisonous fruit upon being admonished for drinking alcohol here, police said on Thursday.

One of the girls in serious condition won a gold medal at the recently-held 35th National Games here. All the four were inmates at the Sports Authority of India (SAI) water sports centre at Vembanad lake.

"Yes, a note written by the four has been recovered and it does not say anything about their being ragged or harassed by seniors, but it mentions that for a small mistake committed by them, they were being taken to task," Kumar said.

He added that apart from a dying declaration, a statement from the three has been taken by law enforcement officials.

Sports Minister Sarbananda Sonowal, according to a ministry statement in New Delhi, reacted strongly to suggestions that misdemeanour from SAI officials led to their tragic action. He said sternest action would be taken if police investigation found anyone from SAI guilty of any wrongdoing.

The Kerala Human Rights Commission has taken up the case suo moto and directed its inspector general of police S. Sreejith to examine the case and submit a report.

State Sports Minister Thiruvanchoor Radhakrishnan has asked Sports Secretary M. Sivasankar for a report on the incident and announced that the medical expenses of the three athletes would be met by the government.

Knowledgeable sources said that the girls - all of them are athletes in canoeing and kayaking - had drunk beer and this was brought to the notice of the authorities who admonished the girls for it.

Apparently unhappy at being scolded by the authorities, the four girls are believed to have consumed the poisonous fruit.

Alappuzha district police superintendent Suresh Kumar said that the condition of the surviving athletes was critical and a stage was not yet reached to pass judgement on their health.

"They were all brought in a serious condition to the Alappuzha Medical College Hospital yesterday (Wednesday) night after they consumed a poisonous fruit found commonly in the state," he said.

"One of them, Aparna, passed away early Thursday, while the three others have been put in the intensive care unit of the hospital and doctors attending on them have said that nothing can be said of the condition now," Kumar added.

By Wednesday evening, the four girls developed uneasiness at the SAI centre, located on an island off mainland Alappuzha, and were taken to the General Hospital. After doctors found their condition serious, the girls were brought to the medical college.

A close relative of Aparna said the four girls were under severe stress because of the mental and physical pressure put on them by the SAI authorities.

"A few days ago Aparna was hit on her back using an oar. The hostel of the SAI does not have proper safety measures for the inmates. It was a free for all, to come and go inside the hostel campus," the relative told the media.

Sonowal also expressed his condolences and assured help to the bereaved family.

Sonowal said he has directed Sports Authority of India director general Injeti Srinivas to ensure best treatment for the athletes and to submit a factual report on the incident after visiting the spot.

"I pray for their speedy recovery. To provide them the best possible treatment is our top priority. I have also directed the Director General of SAI to rush to the spot and give me a factual report," he added.