All set for yet another Sabarimala festival season 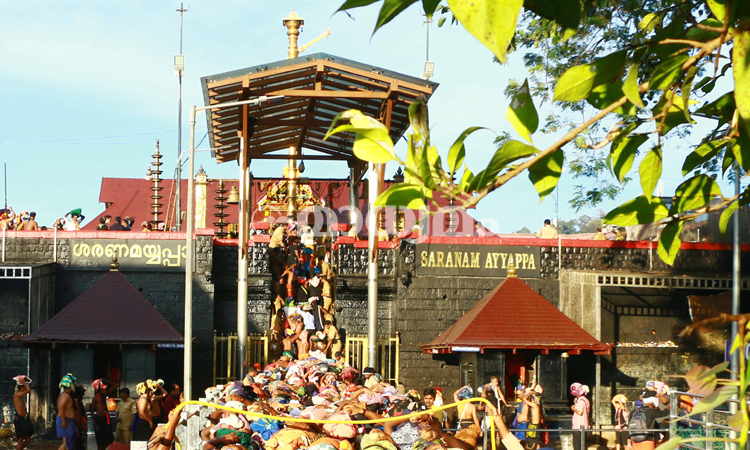 Sabarimala: All arrangements are ready for the beginning of the two-month Sabarimala temple festive season, Kerala Chief Minister Oommen Chandy said on Saturday.

Chandy told IANS that he was at the pilgrim centre a few days ago to review the arrangements and felt happy with what was being organised for this season.

"We have spent Rs.62 crores in the past few months for increasing the facilities for the smooth pilgrimage. A new parking facility has been created for over 4,000 vehicles. A new waste treatment plant has also been commissioned," he said.

Chandy pointed out that the temple receives more non-Keralites than Keralites during the two months and for that the government has allotted five acres of land to each of the south Indian states.

"Karnataka has already taken possession of the land, while Telangana will sign the agreement soon, while the other two states Andhra Pradesh and Tamil Nadu are expected to do it shortly," Chandy said.

He said these states would have the freedom to build guest houses and post their officials.

"Through this arrangement, we expect that people from these south Indian states will get better facilities and service from their own officials," Chandy added.

The sanctum sanctorum of the Sabarimala temple opens its doors on Monday evening, signalling the commencement of welcoming devotees from early Tuesday. It coincides with the first day of the Malayalam month of "Vrishickam".

As always, the prime festival season comes to a close on the first day of the Malayalam month in January.

Situated on the mountain ranges of the Western Ghats at an altitude of 914 metres above sea-level, Sabarimala temple is four kilometres uphill from Pamba in Pathanamthitta district, around 100 km from Thiruvananthapuram.

The temple, which bars the entry of women who have attained puberty, is accessible only on foot from Pamba.

The practise among many pilgrims before setting off for the holy shrine is to undertakes an intense 41-day penance where they do not wear sandals, wear a black dhoti and eat only vegetarian food.

Each pilgrim carries a kit (lrumudi) that contains coconuts broken just before climbing the 18 steps. A pilgrim carries it on his head during the pilgrimage and without it, nobody is allowed to step onto the holy 18 steps at the Sannidhanam.