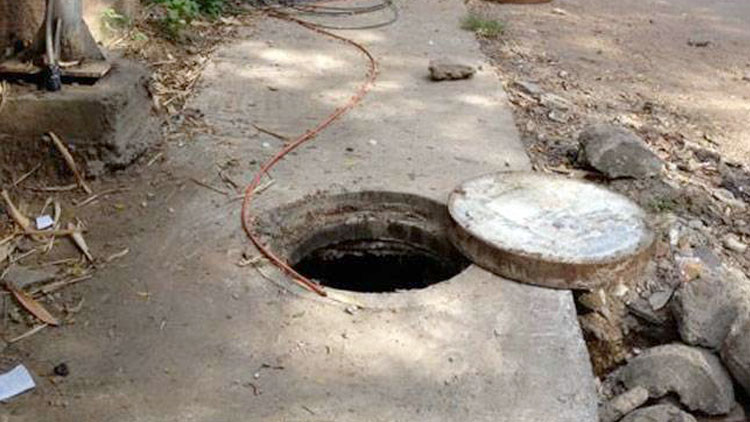 Kozhikode: A case has been filed against three officials of the sewerage cleaning contract-company over the death of two of its employees and an auto driver after inhaling poisonous gas while on duty.

Three officials of Sreeram EPC – Assistant Manager Raghunadha Reddy, Project Manager Selva Kumar and Safety Officer Alok Antony – were on Friday booked on charges of culpable homicide not amounting to murder. They have been taken into custody by the police.

The three persons died of asphyxiation after inhaling poisonous gas inside a sewage pit here on Thursday.

The labourers, Baskar (42) and Narasimham (41) from Andhra Pradesh, went inside the sewage pit for cleaning and fainted. Auto driver Naushad, who tried to lift them after noticing the incident, also fell inside.

Fire and Rescue Service personnel rescued the trio and shifted them to the Kozhikode Medical College Hospital. But they died on way to the hospital.

Eyewitnesses said the victims went inside the pit without taking any safety measures. They had no means to inspect if there was poisonous gas in the pit. The police had filed a case against the company on Thursday for failing to keep the safety measures.