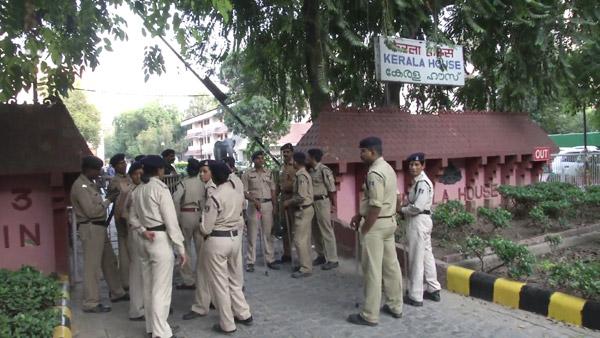 New Delhi: Kerala House, the state guest house in the capital, has removed beef curry from its menu after a little known group lodged a police complaint, an official said.

Some 20 police officials visited the guest house on Monday evening to verify if its canteen was serving beef after a caller who identified himself as Vishnu Gupta of Hindu Sena complained that beef was served in the Kerala House canteen, Deputy Commissioner of Police Jatin Narwal told IANS.

Keeping in mind the beef-related incidents taking place across the country, a police team went to Kerala House to verify the facts, Narwal said.

"We did not raid the premises. Our responsibility is to maintain law and order," Narwal said. "We discussed the matter with the guest house officials."

The police team remained deployed there for several hours.

The Kerala House said it served only Carabeef (buffalo meat) at its canteen although it is called "beef" but it had decided to take the dish off its menu.