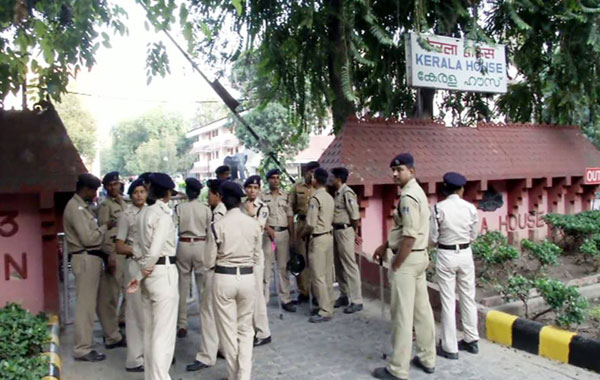 New Delhi: A PCR call complaining about beef curry being served at Kerala House near Jantar Mantar threw police into a tizzy on Monday, and a team had to be sent there to avert any "untoward incident".

The call was received by the police control room around 4.15 PM, and the caller, claiming to be from a fringe right-wing group, told the police that beef was being served at Kerala House, said a senior official.

The policemen took no chance and the input was immediately passed on to Parliament Street police station, from where a team was sent to Kerala House to deal with any potential violence, said the official.

The team remained deployed there for several hours and had conversations with the officials posted there. They also informed them about the PCR call and later returned, assuring that "things were under control".

"We dealt with the matter with necessary alertness and took our position. The objective was to ensure that law and order is not disrupted," said DCP (New Delhi) Jatin Narwal.

A senior police official said that the police were not concerned about whether the said meat is served at the aforementioned place, as that doesn't constitute any criminal offence here.

The role of police was to avert possible hooliganism and ensure that law and order is maintained.