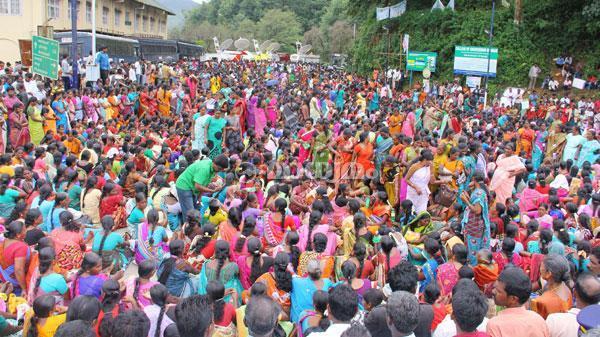 Thiruvananthapuram: With the Plantation Labour Committee (PLC) meeting Monday failing to make any headway on the contentious issue of wage hike, over three lakh workers who are on a week-long strike, have decided to continue the agitation.

The meeting, led by Labour Minister Shibu Baby John and Power Minister Aryadan Mohammed, did not reach a consensus on the workers' main demand of daily wages of Rs 500 from the present Rs 232 as both trade unions and plantation owners stuck to their respective stands.

Talking to reporters after the meeting, John said the PLC would meet again on October 7 at 2 PM.

"The road to consensus had opened up in today's meeting and we have to reach that consensus," he said.

Chief Minister Oommen Chandy, who joined the talks at the fag end of the meeting, heard the management and the unions.

"We can expect a decision on Wednesday," John said.

Emerging from the meeting, trade union leaders said no decision had unfortunately been taken at the day-long meeting.

The government failed to state its views on the workers demand of Rs 500 as daily wages, they said.

Meanwhile, representatives of 'Pempilai Orumai', the women work force of Kannan Devan Hill Plantation Limited(KDHP) in Munnar, who had first spearheaded the agitation, met Chandy at his official residence earlier and held talks.

Reacting to the failure of today's talks,'Pempilai Orumai' leader Lissy said "we will not go back to Munnar until a decision is taken on wage hike. Our people are sitting in the rains demanding wage hike since last one week despite starvation."

"We want reasonable wages. We will not go back from the capital city until our demands are met," a visibly upset Lissy added.

The plantation managements have stuck to their stand that they will not be able to bear Rs 500 daily as wages.