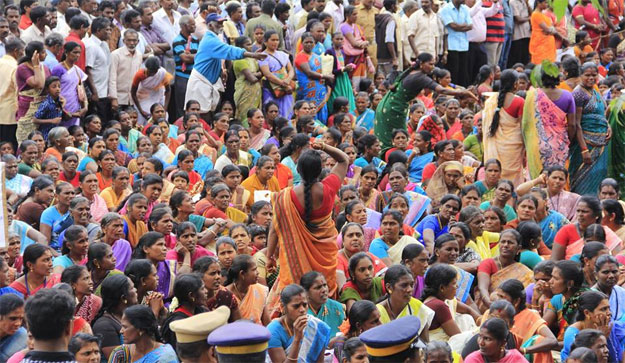 Munnar: Centre of Indian Trade Unions (CITU), a broad platform of different trade unions, has come out against the women plantation workers’ protest in Munnar demanding wage hike, alleging some Tamil extremist groups were behind the protest.

CITU state secretary K P Sahadevan on Monday demanded a probe into the role of Tamil extremist groups in the strike.

“The protesters were given directions through mobile phones. That is the reason the strike was held well-planned. Where did the agitators get water and food from all the nine days? That should be investigated,” Sahadevan told reporters here.

“The probe should be extended to the real motto behind the strike. It should also be investigated that if any of the Tamil workers have any Maoist link,” he added.