Tamil actor Vivek did not die due to vaccine-related complications:... 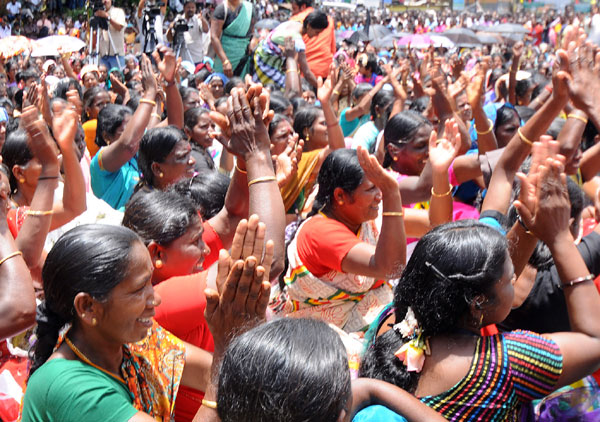 Talking to reporters after the parleys, Chandy said that though the management had raised "certain technical and economic issues" regarding the agitators' demand for 20 per cent bonus, they had agreed with the government's position on the matter.

"The management said it would accept it as a special case if the government declares that 8.33 per cent bonus and 11.67 ex gratia (total 20 per cent) will be given to the workers.

Regarding the plantation workers' demand for a hike in wages, the chief minister said that "a meeting of the Plantation Labour Committee will be convened on September 26 and the issue will be addressed through that mechanism".

Several rounds of separate discussions were held in Kochi since morning between the government, the company's management and representatives of workers after which a final, consensus decision was arrived at in the presence of the chief minister.

The discussions in the morning were led by John and Electricity Minister Aryadan Muhammed.

As soon as news came of the government's decision, the male workers broke into celebrations which saw them lifting up the police personnel in their arms and thanking everybody who had helped them achieve their demands.

Earlier, the agitation had received a shot in the arm this morning as nonagenarian CPI(M) leader VS Achuthanandan joined the protesters in Munnar.

After his arrival from Kochi, the 92-year-old CPI(M) veteran addressed thousands of workers who were squatting on the roads unmindful of the scorching sun. He sat with the protesters till the government's announcement at 8.30 P.M.

"Do not test the patience of the workers any further. Till the government and the company take a decision on settling the issue, I will be sitting with the agitating women," he had said.