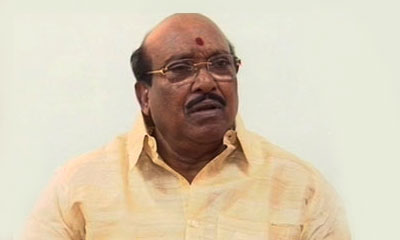 "He is going to Delhi to meet the prime minister, though we do not know of any political aspect to the meeting. Natesan and (BJP president) Amit Shah had a talk at Kollam on Sunday," said state BJP spokesperson V.V. Rajesh on Tuesday.

Natesan, his son and state BJP president V. Muraleedharan had a 45-minute meeting with Amit Shah on Sunday at the ashram of Mata Amritananda Maa near Kollam.

Natesan and his son Tushar Vellapally had fixed an appointment with the prime minister earlier too, but it did not happen due to sudden demise of former president A.P.J. Abdul Kalam on July 27. The father-son duo then met with Shah.

Natesan, the supreme leader of the powerful Sree Narayana Dharma Paripalana (SNDP) Sangom that owes allegiance to social reformer Sree Narayana Guru, has put many on tenterhooks ever since he expressed his desire to form a political party.

In Kerala, Hindus constitute over 50 percent of the 3.30 crore population. Members of the Ezhava community are slightly ahead of the Hindu Nair community in the numbers game.

Ever since the political outfit of the Ezhavas - Socialist Republican Party - and Hindu Nairs' National Democratic Party petered out in the mid-80s after flourishing for a decade or so, the two communities in Kerala have been left in the lurch.

Natesan has been trying to bring together various Hindu social groups for a while. But after the Nair community leadership last week made it clear that they were not interested in a political outfit, Natesan decided to go ahead with his plan.

While the Kerala unit of the BJP has welcomed SNDP plan to form a political party, the Congress is yet to make an official statement on the issue.

The Communist Party of India-Marxist is clearly unhappy and has cautioned the SNDP cadres that any attempt to take the group towards the BJP would be against the ideology of their master, social reformer Sree Narayana Guru.