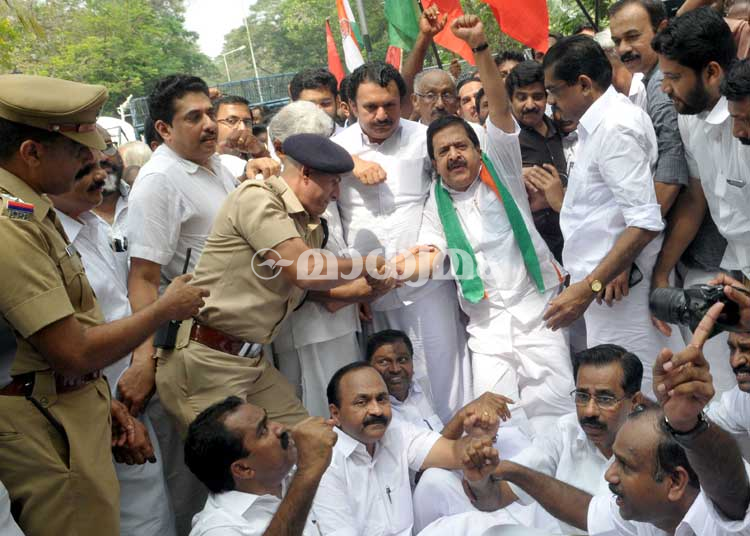 Thrissur: Home Minister Ramesh Chennithala on Saturday said that the CPI-M should learn their lesson from the arrest of P. Jayarajan in connection with the murder of RSS activist E. Manoj.

“The CPI-M should show the mettle to take action against their leaders who are accused in murder cases. It’s high time their leaders stop encouraging the partymen for killings. They should back off from violence,” Chennithala said.

“They cannot say the state government and the police conspired to arrest Jayarahan. It’s the CBI that arrested him. They do not need state police’s approval to arrest an accused,” he added.

CPI-M leader P. Jayarajan, an accused in the murder of RSS activist E. Manoj, was arrested on Friday. He was later remanded in judicial custody for a month.

The CBI, which is investigating Manoj's murder, named Jayarajan as an accused. He was booked under the Unlawful Activities (Prevention) Act, making it difficult for him to get anticipatory bail.

Just before presenting himself in the Tellichery court, Jayarajan, 63, told reporters that the "false case" was an outcome of a tacit understanding between the Rashtriya Swayamsevak Sangh (RSS) and Chief Minister Oommen Chandy.

"The game-plan behind foisting this false case on me is to try to finish off the CPI-M in Kannur," said Jayarajan, who was driven to the court in an ambulance.

Jayarajan is a former legislator of the CPI-M and a former secretary of the Kannur district of the party.

Manoj was attacked by a seven-member gang on September 1, 2014 here. The assailants threw a bomb on his vehicle and later hacked him to death.

The CBI has arrested 23 people for the murder.

This is the second setback for Jayarajan and the CPI-M.

Earlier this week, the high court had ordered a CBI probe into the murder of Abdul Shukoor, an activist of the Indian Union Muslim League, in which case too Jayarajan is an accused.