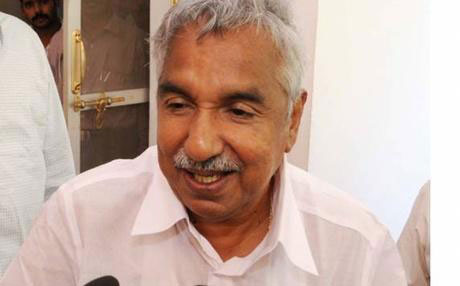 Thiruvananthapuram: An uncle of Chief Minister Oommen Chandy, who was part of a delegation to Haryana as the chairman of a state-run animal husbandry corporation, is currently stranded in Karnal following the Jat quota-protest.

John Jacob Valakalli told IANS from Karnal that they had gone to attend a national dairy meeting at Karnal.

Around 30 officials representing Kerala's dairy industry could not come back as major roads were blocked, and they are now lodged at a hotel in Karnal.

"There were about 70 of us from Kerala representing various departments. Some of them managed to return to Delhi by road, while we are currently stranded at a hotel in Karnal.

"We were told to try to reach Chandigarh, but it was not possible as the roads are blocked," said 86-year-old Valakalli.

He said he has spoken with Kerala's Rural Development Minister K.C. Joseph and he has assured all help.

Chandy has also been informed of their situation, but he was yet to speak to him as the chief minister was travelling.

Valakalli said arrangements were being made for them to travel to Delhi.