Women entry in Sabarimala: Devasoman Board to hold 'yagna' 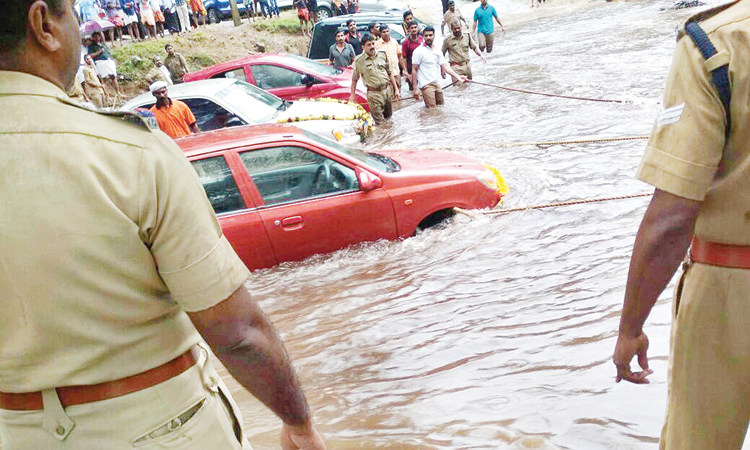 Sabarimala: As a nationwide debate rages on whether or not to allow women of all age groups in Sabarimala temple, Travancore Devasoman Board is getting ready to hold a "yagna" to garner support and create awareness among devotees for maintaining the centuries-old tradition.

The TDB which manages several temples, including the Sabarimala Lord Ayappa Temple, said the 'yagna' envisages "to make a change in the mindset of those who demand the entry of women of menstrual age at the hillock shrine".

A meeting of the board members of TDB held here today decided to hold the state wide "yagna" at all temples coming under TDB on March 7.

"We are trying to use prayers as our weapon to counter all propaganda against the centuries-old rituals and tradition of the temple. At least 10 minutes of special prayer will be held at the shrines as part of this. The prayer will address the principle deities of respective shrines," TDB president Prayar Goplakrishnan told PTI.

As a prelude to the yagna, a seminar of experts will be held here later this month where papers regarding temple rituals and customs will be presented, he said.

The TDB chief said a meeting of 58 "tantries" (priests) across the state here today also appealed that the customs and tradition of Sabarimala temple not be changed as per the whims and fancies of anyone.

The Supreme Court had recently questioned the tradition of banning entry for women of menstrual age group in the Kerala temple, saying this cannot be done under the Constitution.

While considering a PIL by an NGO seeking entry of women of all ages in the temple, the apex court had said it would examine the issue.