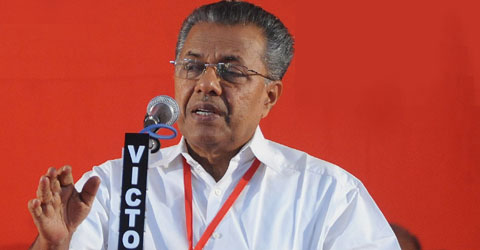 On Wednesday, Director General of Prosecution T Asaf Ali had filed a plea for early posting of the hearing of the revision petition.

In its plea filed under Section 482 of the CrPC, the government said it has suffered heavy loss in the deal. "The losses suffered by the State of Kerala and KSEB are very high. Procrastination tactics adopted by the accused in the case is to be viewed seriously. There is no justification in delaying the hearing of the case on one pretext or other. Hence the matter is urgent in nature," it said.

The revision plea challenging the discharge of Vijayan and six others in the SNC Lavalin graft case was originally filed by one T P Nandakumar and CBI, which had filed charge sheet in the case. In its petition, CBI had said there was sufficient evidence to prove the charges against the accused.

The CBI special court in Thiruvananthapuram had in November 2013 discharged Vijayan and six others from the Rs 374.50 crore graft case.

The special judge had ruled that the CBI had failed to prove the charges of conspiracy and corruption levelled against Vijayan and other accused.

The special court had stated that CBI had failed to establish the fraudulent intention, abuse of official position, criminal conspiracy and element of cheating in connection with the award of contract to Canadian firm SNC Lavalin for renovating three hydel projects in the state.