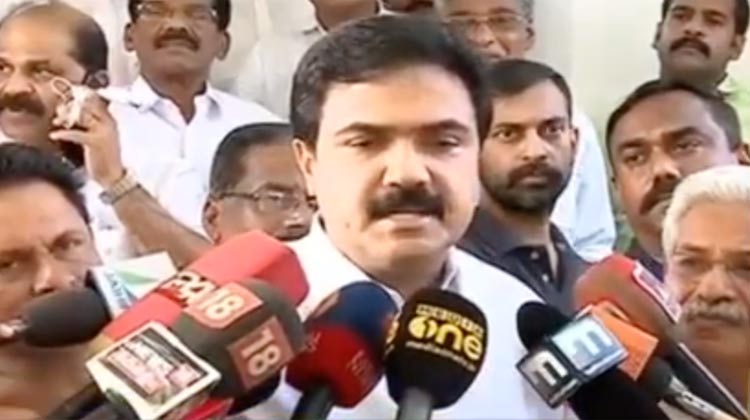 Kottayam: The condition of Kerala Congress (Mani) leader Jose K Mani, who is on an indefinite fast seeking to save the rubber farm sector from collapse, deteriorated Friday on the fifth day of his stir.

Doctors said he was getting weaker by the day and had high blood pressure.

"This is an uncompromising fight to save rubber farmers. I will not go back from this struggle. I am committed to the cause of farmers and cannot ignore their hardships," Jose K Mani said.

Chief Minister Oommen Chandy had visited the Kottayam MP, who is staging a protest in front of a statue of Mahatma Gandhi with a large number of farmers and wished him all success in the struggle.

Jose K Mani has written to Prime Minister Narendra Modi, seeking his intervention to find a lasting solution to the problems of rubber farmers.

His major demands also include Rs 500 crore allocation from Central Price Stabilisation Fund to grant subsidy to thousands of farmers who are completely dependant on rubber for their livelihood in the state.

He has also sought a complete reorganisation of rubber board and waving tax of rubber farmers till the product gets a reasonable price.