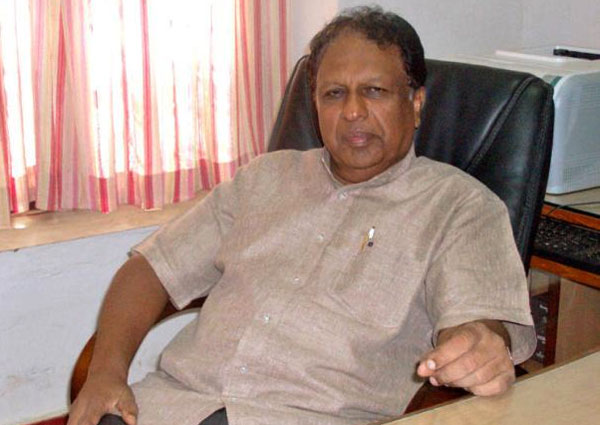 Thiruvananthapuram: A day after former diplomat T P Sreenivasan was manhandled by SFI activists near here, the prime accused, who slapped him, was arrested here Saturday.

He was arrested under various charges including IPC sections 332 (voluntarily causing hurt to deter public servant from his duty) and 341 (wrongfully restraining any person), he said.

Police also initiated disciplinary action against five policemen, who were on duty at the venue of the Global Education Meet at Kovalam, where the incident occurred.

The "erring" policemen would be sent for intensive refresher training as part of the departmental action.

"Two sub-inspectors and three constables will be sent for intensive refresher training at Kerala Police Academy in Thrissur. An oral inquiry has also been ordered into the incident," a top police official said.

There were allegations that police had remained mute spectators while Sreenivasan, who is also the Vice Chairman and Executive Head of Kerala State Higher Education Council, was attacked.

CPI(M) politburo member Pinarayi Vijayan also said that the agitators had crossed the limit and the party cannot approve these kind of personal attacks.

The party's district secretary Kadakampally Surendran had apologised yesterday itself for the misbehaviour of agitators belonging to SFI, the student wing of CPI-M.

SFI activists had attacked Sreenivasan during their protest against the "commercialisation of higher education" near the venue.

Sreenivasan was the former Permanent Representative of India to the United Nations, Vienna, and Ambassador to Austria and Slovenia.