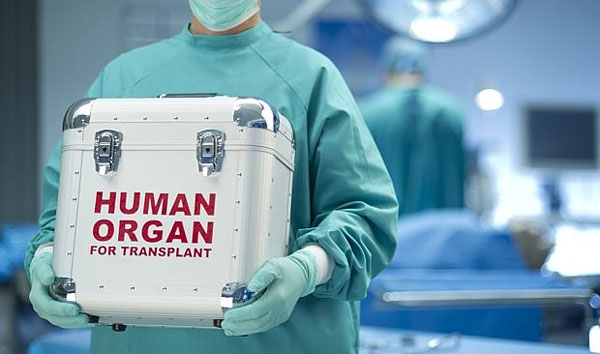 Coimbatore: Five vital body organs were harvested from a 53-year-old brain-dead businessman from Palakkad at a hospital here and transplanted into needy patients.

James suffered severe head injuries in a road accident in Palakkad on January 1 and was admitted to the Kovai Medical Center and Hospital (KMCH) here. As he was not responding to the treatment, James was declared brain dead the next day. His son Bijumon and relatives came forward to donate his organs, a KMCH release said Sunday.

A team of doctors from the government hospital and KMCH harvested kidneys, liver and eyes on Saturday, it said. One kidney and two eyes were sent to the KG Hospital and Sankara Eye hospital here respectively, the release said.

The other kidney and liver were taken for transplant by KMCH itself, it said. The hospital management thanked the family for their timely action in donating the organs, which gave new lease of life to five persons, it said.