Vaiko writes to Chandy on temple festival in Idukki 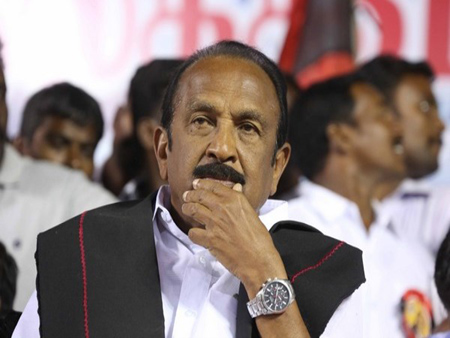 While Kerala had in the past granted permission for people from Tamil Nadu to hold prayers for three days at the Mangaladevi Kannagi temple in Idukki district, this year it has allowed the festivities for only one day on April 21.

"I urge you to enable the people of Tamil Nadu conduct prayers for three days on the occasion of Chitra Pournami instead of one day," Vaiko was quoted as saying in the letter.

A party release quoted Vaiko as saying that about 50 years ago, week-long prayers were held in temple but this was reduced to three days following "restrictions" from Kerala Forest department.