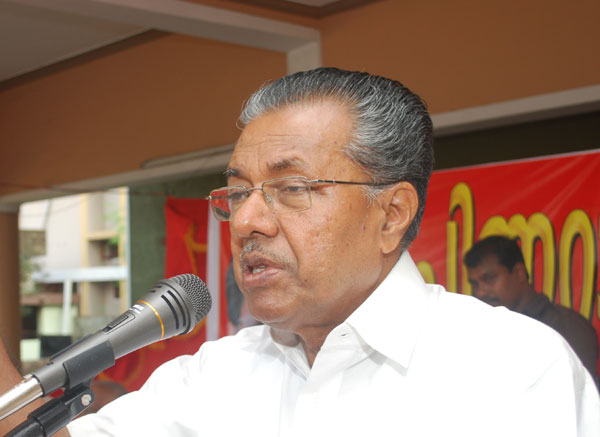 Thiruvananthapuram: Chief Minister Pinarayi Vijayan Tuesday rejected the demand for the resignation of M M Mani and said the power minister's alleged remarks against women had been "distorted and magnified" by the media.

The opposition Congress-led UDF disrupted proceedings on the first day of the state Assembly itself, demanding Mani's resignation, leading to early adjournment of the House for the day.

They said Mani's alleged offensive language was a "disgrace" to the state and was an offence under Section 294 of the IPC which attracts a sentence of 3 months imprisonment.

Vijayan said Mani, who hails from Idukki district, had used colloquial language while addressing a function which was "distorted and 'magnified" by the media.

Protests had erupted in various parts of Kerala, demanding the minister's resignation over his alleged remarks against 'Pembila Orumai' activists and IAS officers involved in the eviction drive from encroached lands in Munnar in Idukki.

"Mani himself had offered an explanation and expressed regret and so there is no need for a debate," the chief minister said, replying to a notice seeking adjournment motion by the United Democratic Front (UDF) on the controversy connected with the eviction drive in Munnar and Mani's remarks.