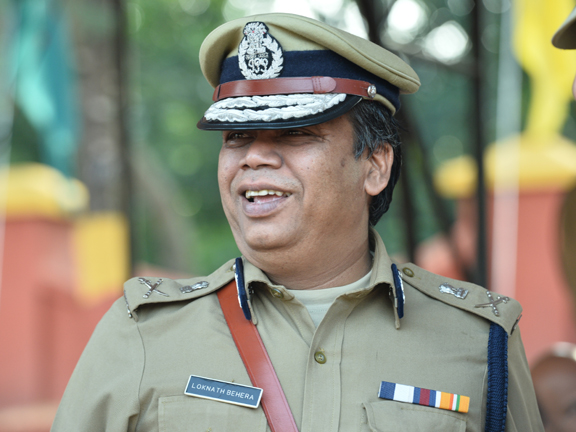 Thiruvananthapuram: DGP Loknath Behara on Wednesday said that IGP has been asked to enquire into the violent incidents happened while the police were forcibly removing the agitating family of Jishnu Pranoy, an engineering student who committed suicide following harassment from the college authorities.

The DGP also visited Mahija, Jishnu’s mother, at the hospital and enquired about her health. She was hospitalized after suffering some injuries in the police action.

Talking to the reporters, the DHP said that the IGP had been asked to enquire into the violent incidents and file a report by Wednesday evening.

Asked about the manner in which Mahija was taken into custody by police, he said, "This incident should not have happened. There will be an enquiry and I cannot comment without getting a report."

"I am a law enforcement officer, I have given orders to IGP to enquire and file a report by this (Wednesday) evening," he said.

Behara said according to intelligence reports there were some outsiders in the group of family members at the time of the incident. The family wanted to discuss the case with him... SIT is looking into it.

However, there are some "shortcomings," which is why the family wanted to meet him, he said.

Jishnus mother wanted to have a one-to-one discussion with him, he added.