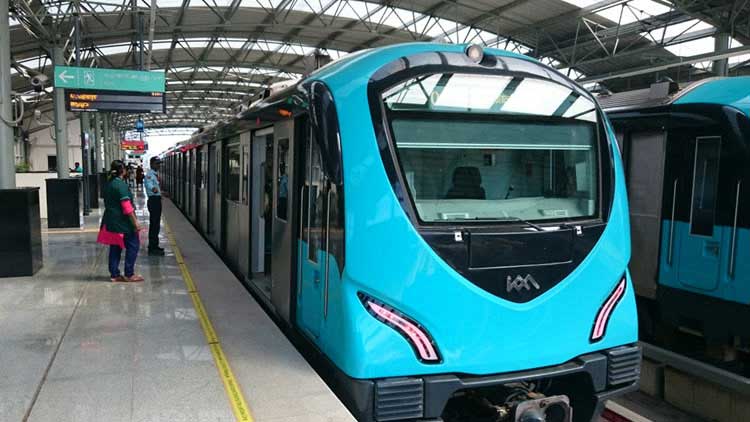 The decision in this regard was taken at a meeting Sreedharan had with Chief Minister Pinarayi Vijayan here.

“The inguration of the 13 km stretch from Aluva-Palarivattom will be held in April this year’, Sreedharan later told reporters.

Normally only a 6-7 km stretch is inaugurated in the first phase.

However, as far as the Kochi metro project was concerned, 13 km stretch was being inaugurated in the initial phase itself.

The exact date of the inaugural function will be finalised after the Railway safety commisisoner gives his nod.

The state government is keen that KMRL and DMRC explore the possiblities of opening the first phase of Metro system from Aluva to Maharaja’s college.