'NCP should take decision on nominee in LDF govt' 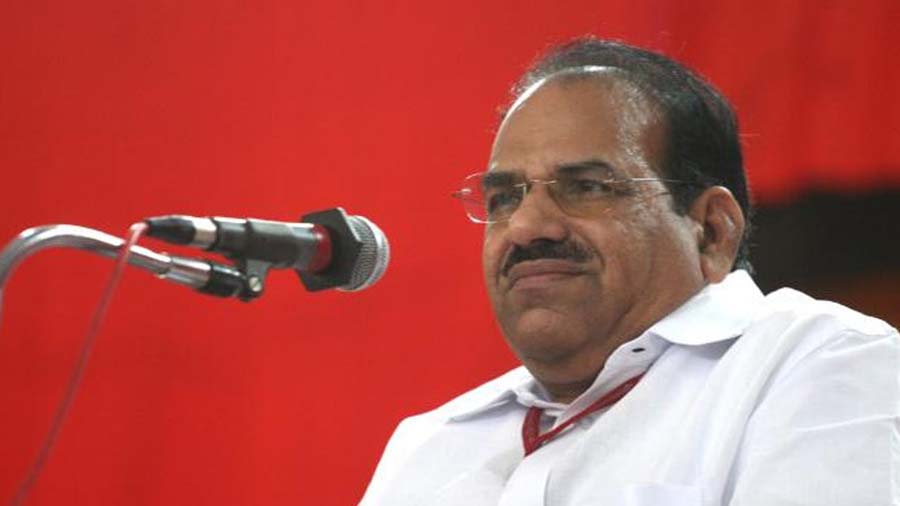 Kochi: The CPI(M) today said the NCP should decide on its ministerial nominee in the Kerala LDF government for the post that fell vacant after its leader A K Saseendran quit as transport minister over sleaze allegations.

The Nationalist Congress Party NCP, an ally of the CPI(M)-led Left Democratic Alliance government, has only two members, Saseendran and Kuttanad MLA Thomas Chandy, in the state assembly.

Saseendran quit the government yesterday after surfacing of an audio clip with the former minister purportedly speaking to a woman in a sexual undertone.

"The allegations against Saseendran did not dent the image of the government. Saseendran resigned immediately after the allegation was levelled against him. We welcome it," he said.

The minister alleged that efforts were being made by certain forces to destabilise the Pinarayi Vijayan-led government in Kerala.

"But the government is able to move forward despite such destabilising bids," Balakrishnan said.

Chief Minister Pinarayi Vijayan had said a decision on the terms of reference and the judge who will head the probe would be finalised at the next cabinet meeting on Wednesday.