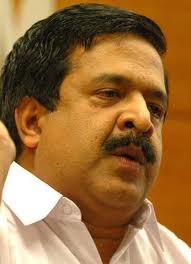 CPM is the main culprit in Munnar encroachment. CPM itself thwarted VS Achuthanandan’s move to seize encroached lands. M.M. Mani threatened that he will chop limbs of those who dare to seize encroachments. As KPCC president, I had welcomed the Munnar action. Congress couldn’t be blamed for the failure of Munnar move, Chennithala said.