India has never accepted 1959 definition of LAC with China: Govt

Why Wayanad is safest seat for Rahul Gandhi 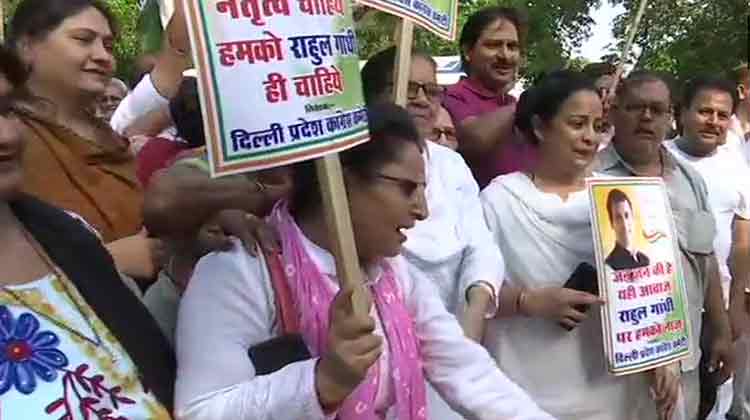 Wayanad: The picturesque district, sitting high on the Western Ghats, is popularly known for its tourism potential on account of it being located at altitudes ranging from 700 to 2100 meters. On Sunday, Wayanad also became the battleground for political ascendancy, becoming the second constituency after Amethi from where Congress President Rahul Gandhi will contest the Lok Sabha elections.

Culturally, Wayanad is very diverse - nearly half of its population is Muslim, the rest are Hindus and Christians. The constituency was carved out of the erstwhile Kannur, Kozhikode and Malappuram Lok Sabha constituencies in 2009 after delimitation.

Clearly, the race is for bagging the minority Muslim and Christian votes. With the Indian Union Muslim League being part of the Congress-led UDF, the seat is considered "safest" for the Congress.

Senior Congress leader M.I. Shanawaz, who belongs to Ernakulam, contested quite a few elections, both to the Lok Sabha and Kerala Assembly. He finally tasted victory in 2009, the first time the Wayanad Lok Sabha constituency was formed.

Though an outsider, Shanawaz defeated his nearest CPI rival by over 1.5 lakh votes, the highest in Kerala in that year. But in the 2014 Lok Sabha polls, his victory margin dropped to 20,870.

Last year he passed away and since then the seat was lying vacant.

In the 2016 assembly elections while the Congress-led UDF won from Sultan Battery, Wandoor and Eranadu, the CPI-M-led LDF won in Manathavady, Kalpetta, Nilambur and Thiruvampady.

"The master stroke has come now with Gandhi deciding to contest from Wayanad and that's going to give a massive boost to the UDF in Kerala," senior Indian Union Muslim League leader Abdureham Randathani told IANS.

"This is because with this decision, the ties between the IUML and the Congress are definitely going to be much stronger," he said.

"This particular constituency has around 54 per cent Muslims and if one includes the Christian community, then the total number of minority community votes would be more than 67 per cent," said Randathani, a two-time legislator who lost in the 2016 assembly polls.

"Its common knowledge that in the past there has been friction between the Congress and the IUML, especially in the northern districts, and it's more evident during the time of local bodies election. The net beneficiary is the Left. For the IUML, Gandhi is someone special and with this decision to contest in our place, not a single vote is going to go anywhere," said Randathani.

He said one reason why the margin of Shanawaz had gone down in the 2014 Lok Sabha polls is that now Left-supported legislator P.V. Anvar, who is also the Left's candidate at the Ponnani Lok Sabha seat, a former Congress leader contested as a Congress rebel in 2014 and he took away over 37,000 votes and the Welfare Party of India secured 12,000 votes.

"This time the Welfare Party of India has pledged its full support to the Congress-led UDF. The entire scenario has changed following Congress decision on Gandhi's candidature. He is going to win with the biggest margin," said Randathani, adding "his candidature will have a cascading effect across all states".

P.P. Suneer, the CPI candidate, who will take on Rahul Gandhi, told the media that he is not alarmed by the stature of the opposing candidate.

"The candidate does not matter, as elections are fought on issues. By now I have already completed three rounds of my campaign and I am on a strong footing," said Suneer.